It was in October 2020 when the first specimens were delivered to their takers.

In case you’re unaware, Volkswagen denotes all its pure-electric vehicles with an ‘ID.’ tag in their nameplate. The first one was the ID.3, deliveries of which began in October 2020. Around the same time, the German auto giant had set itself a target of delivering half a million (500,000) ID. models in the next three years. Guess what? VW has achieved that goal with a year to spare. That feat is especially astonishing because the automobile industry has been battling supply chain issues ever since COVID’s wrath devastated life.

At present, Volkswagen has five ID. models in its portfolio – ID.3, ID.4, ID.5, ID.6 (China) and ID.Buzz. In Norway, more ID.4 vehicles were registered than any other vehicle in October 2022. There are 135,000 units on order among them, which is 65 per cent more than VW had in the order bank in 2021. The brand says that it’s doing everything it can to deliver the pending vehicles at the earliest, but inconsistency in the supply chain is still playing havoc. And because of that, an adjustment in production is a recurring action. 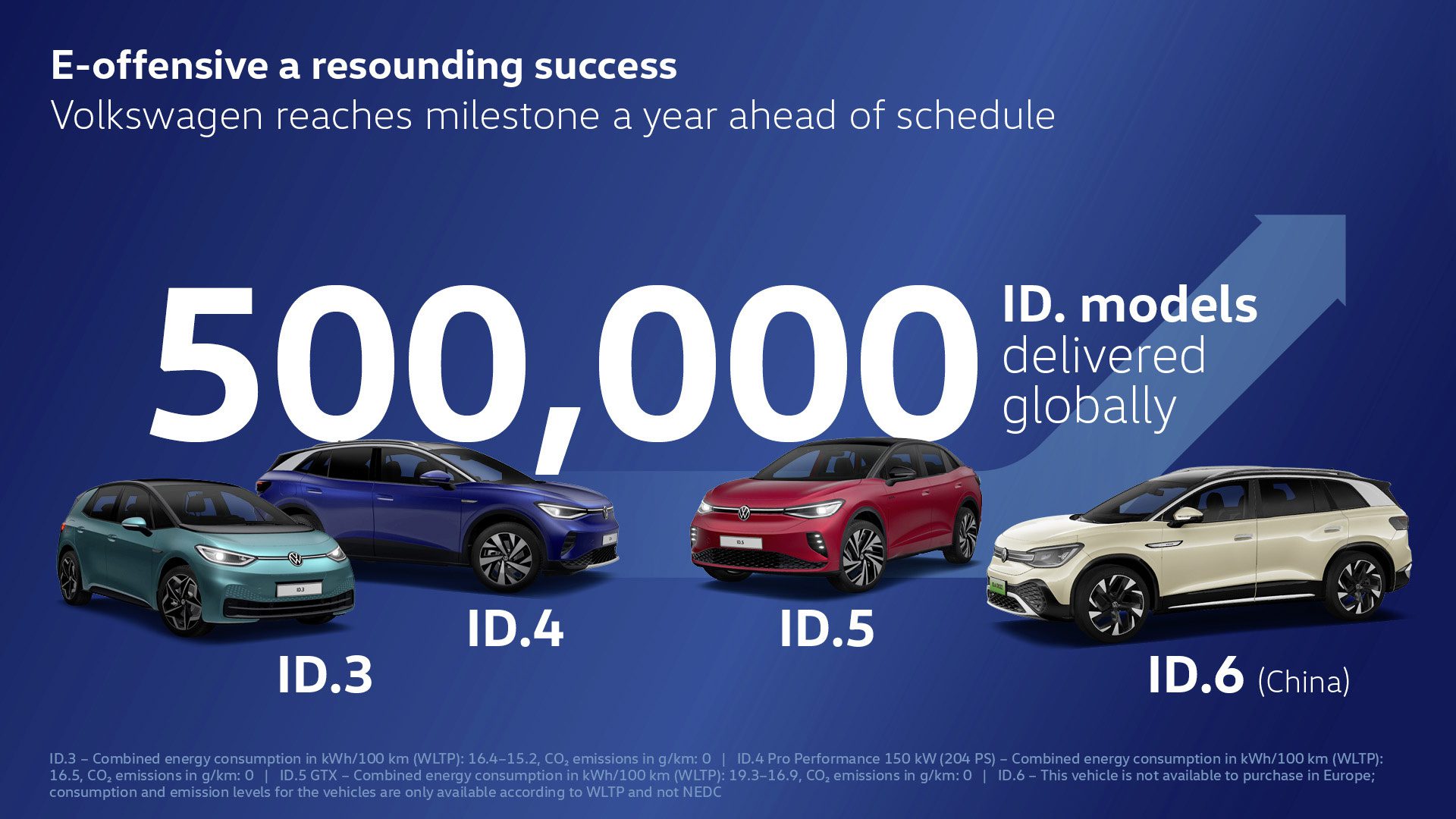 That said, the brand will have to sort out things if it is to meet its own EV-related goals. Volkswagen has planned the introduction of 10 new electric models by 2026. Explaining further, Imelda Labbé, Board Member for sales, marketing and aftersales at Volkswagen, said:

Volkswagen will have the broadest portfolio of electric vehicles in the automotive industry: From the entry-level e-car with a target price of under 25,000 euros to the new flagship Aero B, we will have the right offer in every segment.

By 2030, it wants all-electric vehicles to account for at least 70 per cent of its overall sales in Europe, and more than 50 per cent in the USA and China. And, Volkswagen has set itself a target for 2033 as well. By that year, it will produce only EVs in Europe.