More details emerge of the off-road biased 911; it will be a limited edition run only

It is a great day for off-road enthusiasts as Porsche has unveiled the 911 Dakar at the LA Auto Show. While it is known that the 911 Dakar is the off-road guise of the iconic 911 coupe, more technical details of the car have now emerged along with pictures. 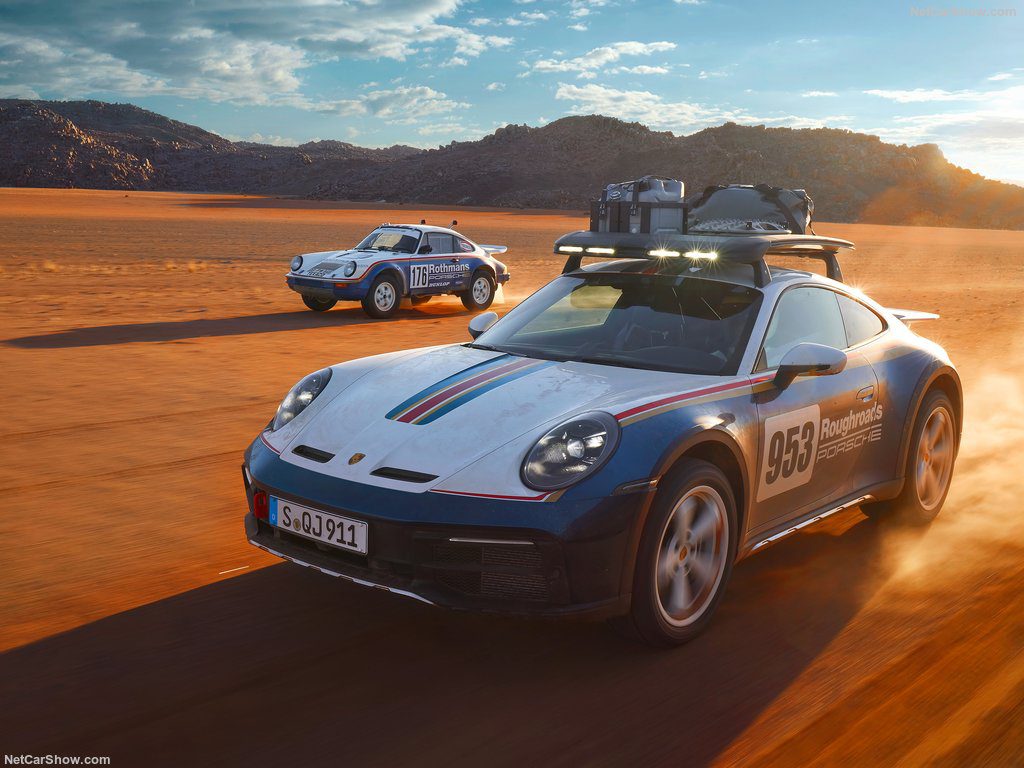 Visually, the 911 Dakar has a striking stance, thanks to its increased ground clearance. It sits 50mm above the 911 Carrera S and the ground clearance can further be raised to an additional 30mm which increases its approach and departure angles for its off-road adventures. Porsche claims that you can do 170kmph with the raised suspension and it’s not merely for tackling obstacles at low speeds. It’s almost like the 911 Dakar is making fun of the SUVs. Above170kmph, the suspension automatically lowers down to its default setting.

Though the 911 Dakar looks as if the 911 hit the gym and came back, a lot of weight has been shaved off and it weighs just 10kg more than the 911 Carrera 4 GTS! CFRP is used for the spoiler and the front boot lid. The rear seats are ditched; light weight glass and battery are used in pursuit of weight reduction. More parts are taken from the 911 GT3 parts bin like the anti-roll bars, engine mounts and the air outlets. 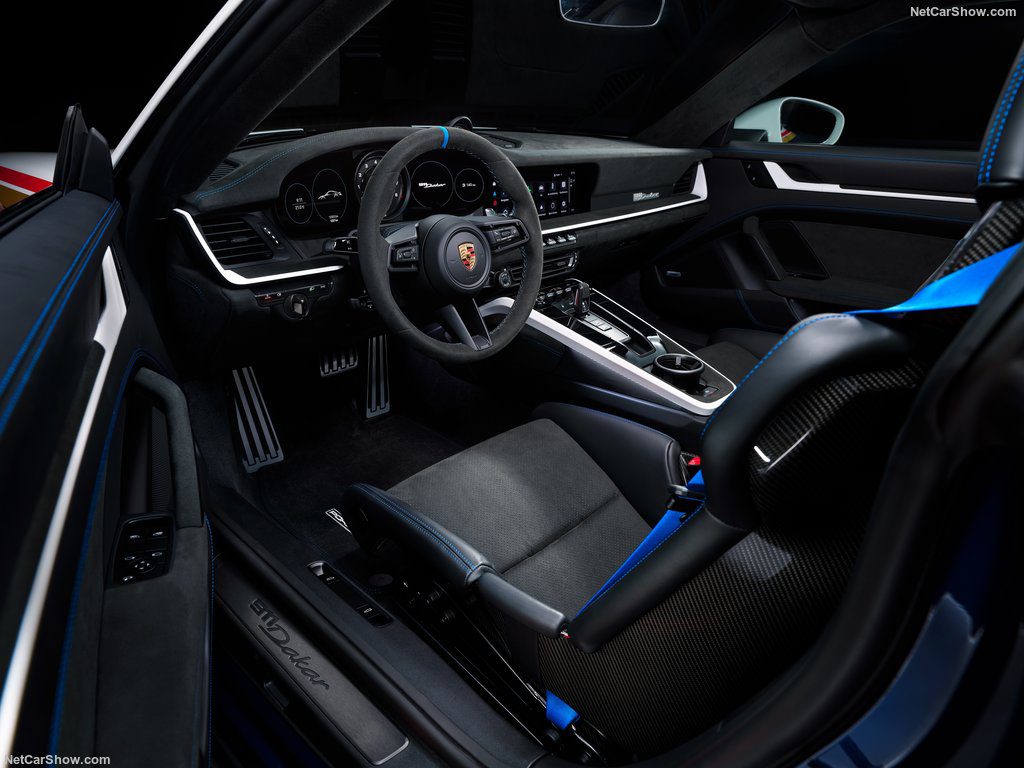 It gets aluminium towing lugs in the front and has a 12V power outlet for the headlights of the optional roof rack. Stainless steel elements are used in the front, rear and side sills and also for the side air intakes to protect the car from off-road debris. The roof rack is functional and has a capacity of 42kg. You can also spec your 911 Dakar with a roof tent! The coolness quotient just went through the roof. 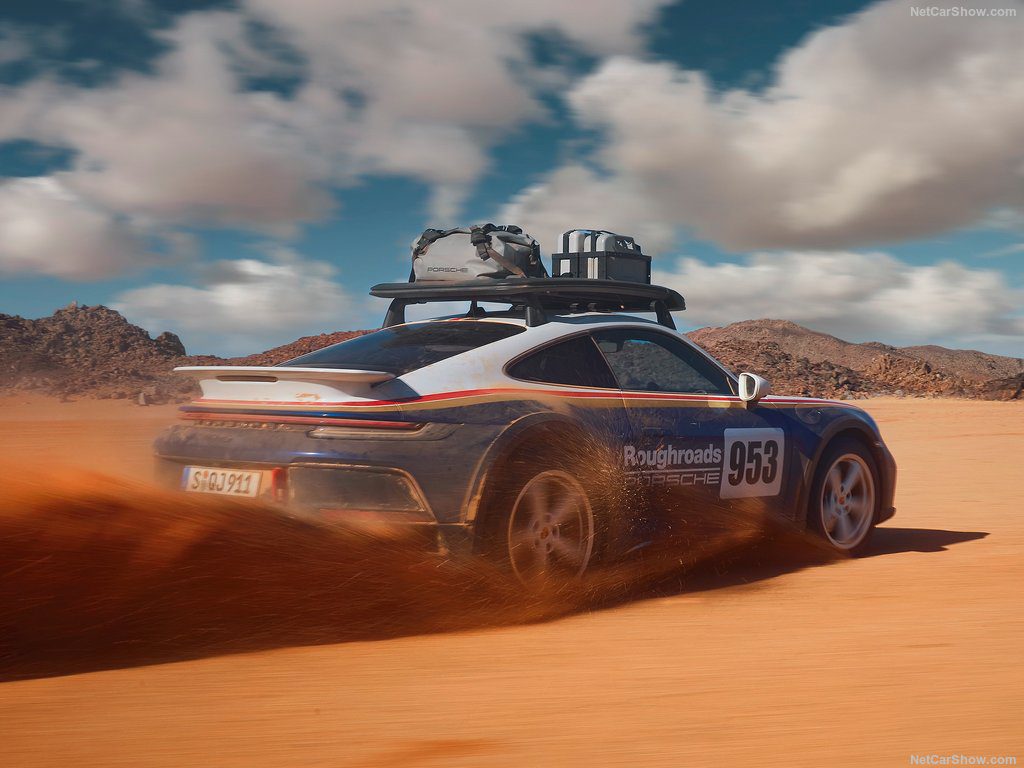 Coming to the heart of the matter, powering the 911 Dakar is the twin-turbo 3.0L straight-six engine that develops 473bhp and 570Nm of peak torque, mated to an 8-speed PDK gearbox which sends power to all four wheels. As a result, 100kmph is dispatched in just 3.4 seconds and the top speed is restricted to 240kmph due to the use of Pirelli Scorpion all-terrain tyres which are fitted as standard on the 19-inch front rims and the 20-inch rear rims. These tyres are highly cut resistant as the tread portion is 9mm thick and the sidewalls have two carcass plies. You also get two modes – off road and Rallye. The ground clearance is set automatically in off-road mode while the Rallye mode enables high speed on loose surfaces.

The downside is, the 911 Dakar will be a limited edition model, with production limited to 2500 units. Out of this, Porsche has yet to confirm how many of them are allocated for the sub-continent. What are your thoughts on the 911 Dakar? 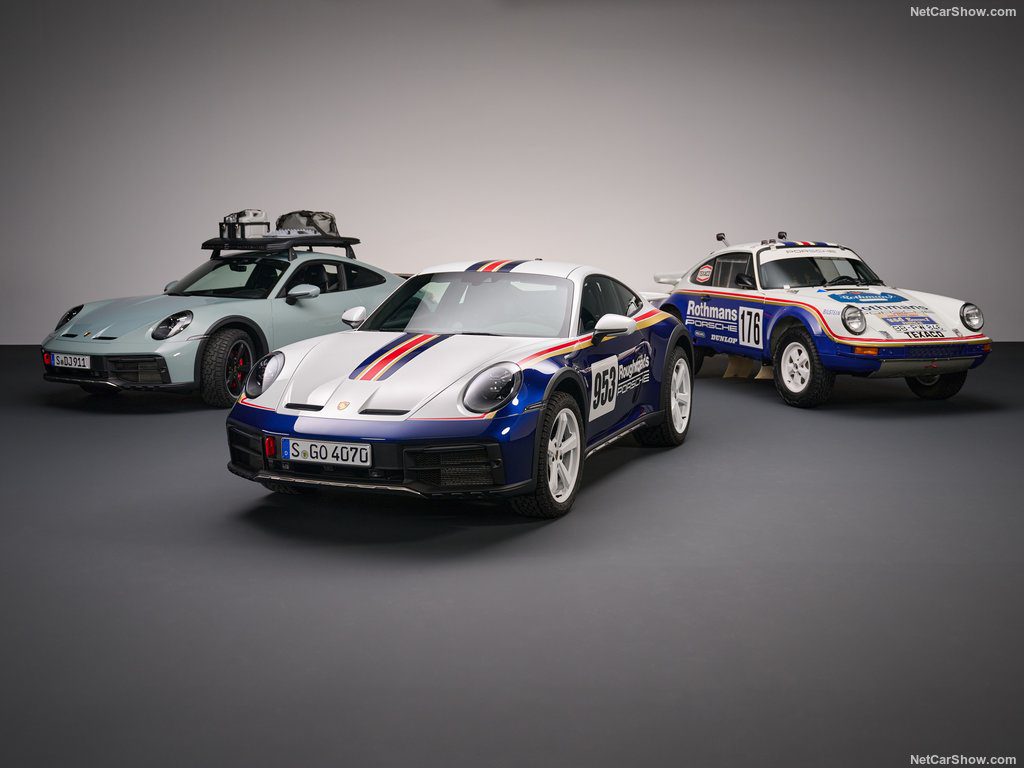