Wimbledon : Djokovic and Alcaraz get through, Hurkacz goes out

First day, first round, this Tuesday June 27th was the return of the third Grand Slam of the year. Under London’s sun and rain, qualifications in pain, surprise results and steam reversals. Strong start.

One of the favorites already eliminated

It’s the first big surprise of this Wimbledon. Winner of the Halle tournament, the Polish Hubert Hurkacz is already out after his defeat in five sets against the Spanish Alejandro Davidovich-Fokina (6-7, 4-6, 7-5, 6-2, 6-7). Despite the rain interruption during the third set and the improvement following it, Hubi paid for his start and a playing level far from his standards on grass. A semi-finalist last year, with a victory over Roger Federer, he fell in the first round this year against a Davidovich-Fokina once again heroic. The Spanish man will face the Czech Jiri Vesely in the second round.

Three-time defending champion and now world No. 3, Novak Djokovic opened the show on Centre Court. In order to keep his crown and therefore win a 21st Grand Slam, he had to get rid of the 24-year-old Korean, 81st on the ATP rankings, Kwon Soon-Woo. This was done in 2 hours and 27 minutes for Novak, and not without difficulty since he lost a set in the battle, the fault of a very solid Kwon at the back of the court. In total, 31 winners for both players and less unforced errors for the Korean (26 against 29), but at the end of the day, it’s the Serb who comes out on top (6-3, 3-6, 6-3, 6-4). Next opponent: the Australian Thanasi Kokkinakis, who defeated the Polish Kamil Majchrzak (7-6, 6-2, 7-5). Reminder : the Serbian will not be able to defend his points due to the measures taken by the tournament organizers and will still lose places in the ATP rankings at the end of the tournament.

On the women’s side, Emma Raducanu passed the first round in two sets (6-4, 6-4) against the Belgian Alison Van Uytvanck, 46th in the world ranking. A victory acquired in pain under the dew of the Central, but reassuring for the 19 years old British, seeded #10 this year at Wimbledon, a year after her first participation, when she was only 338th in the world. Facing the Belgian, whose good results on grass (won in Gaiba and Surbiton) Raducanu recalled, the Toronto native arrived with few certainties. She had already withdrawn from Nottingham due to chest pains and since her US Open 2021 victory, she has been struggling to find her best level, as evidenced by her recent disappointments at the Australian and French Open (out in the 2nd round). But after accelerating when she needed to, and thanks to the support of the public, she qualified in 1 hour 42 minutes and will be back in the 2nd round of Wimbledon. She will face the French Caroline Garcia, fresh winner of the WTA 250 in Bad Homburg.

In the second round of the French Open, Carlos Alcaraz came close to elimination against his compatriot Ramos-Vinolas, saving match points to win in five sets. In London, the 19 year old Spanish player had to face a hurdle in the first round. No match points to save, but five tight and difficult sets to negotiate, as Jan-Lennard Struff made life difficult for him. The 155th ranked player in the world was at his best and on grass, he can scare a lot of players. Carlito paid the price by losing the first and third sets. Behind most of the time on the scoreboard, the #5 seed managed to topple the 6’3″ German with a surge of speed, a flurry of aces and especially some blistering forehands at key moments. Final score: 4-6, 7-5, 4-6, 7-6, 6-4. In the second round, Carlos Alcaraz will face Tallon Griekspoor, the Dutchman who defeated Fognini. 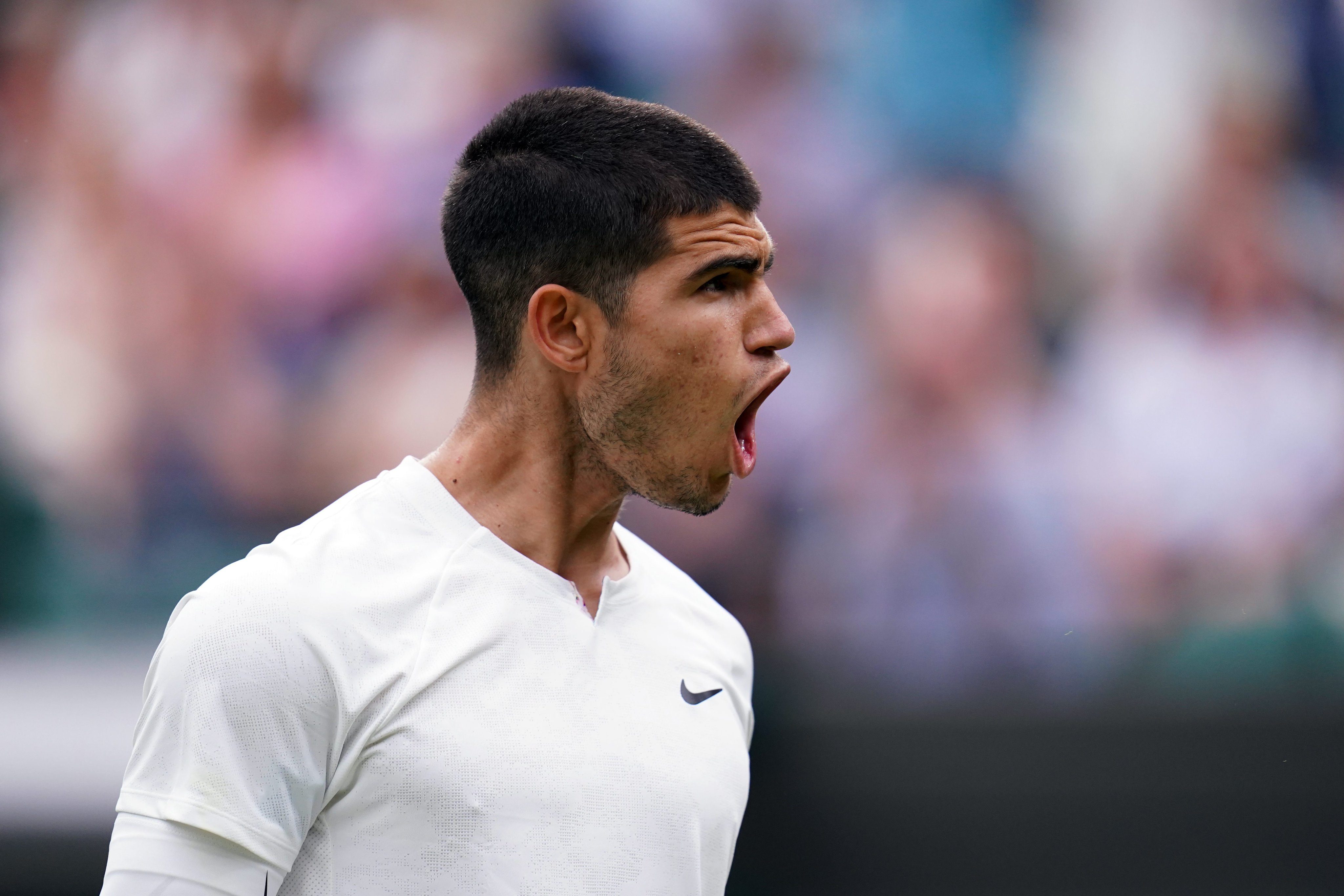 Another highlight was Andy Murray‘s victory over Australian James Duckworth on Centre Court. In front of his public and as usual, the British player showed self-sacrifice to offer himself a gain of happiness, in pain. Like Murray, Duckworth recently underwent hip surgery. The Glasgow native qualified for the second round thanks to his four-set victory (4-6, 6-3, 6-2, 6-4) and will now face American giant John Isner.

To be followed closely in this first part of the draw, the Dutch surprise Tim Van Rijthoven, winner of the ATP 250 in Den Bosch with, among others, victories over Felix Auger-Aliassime and Daniil Medvedev in the final. He won his first round match against the Argentinian Delbonis (7-6, 6-1, 6-2), as did the atypical German Oscar Otte, who continues his good season on grass without making any noise. The #32 seeded player smashed his compatriot Peter Gojowczyk (6-1, 6-2, 6-1).

Today, Marin Cilic will not defend his chances in the tournament. Tested positive to Covid, the Croatian had to withdraw and this will probably leave more space to Rafael Nadal in the second part of the draw. With projections, the two men could have faced each other in 1/8 finals. The recent semifinalist of the French Open is replaced by Nuno Borges. 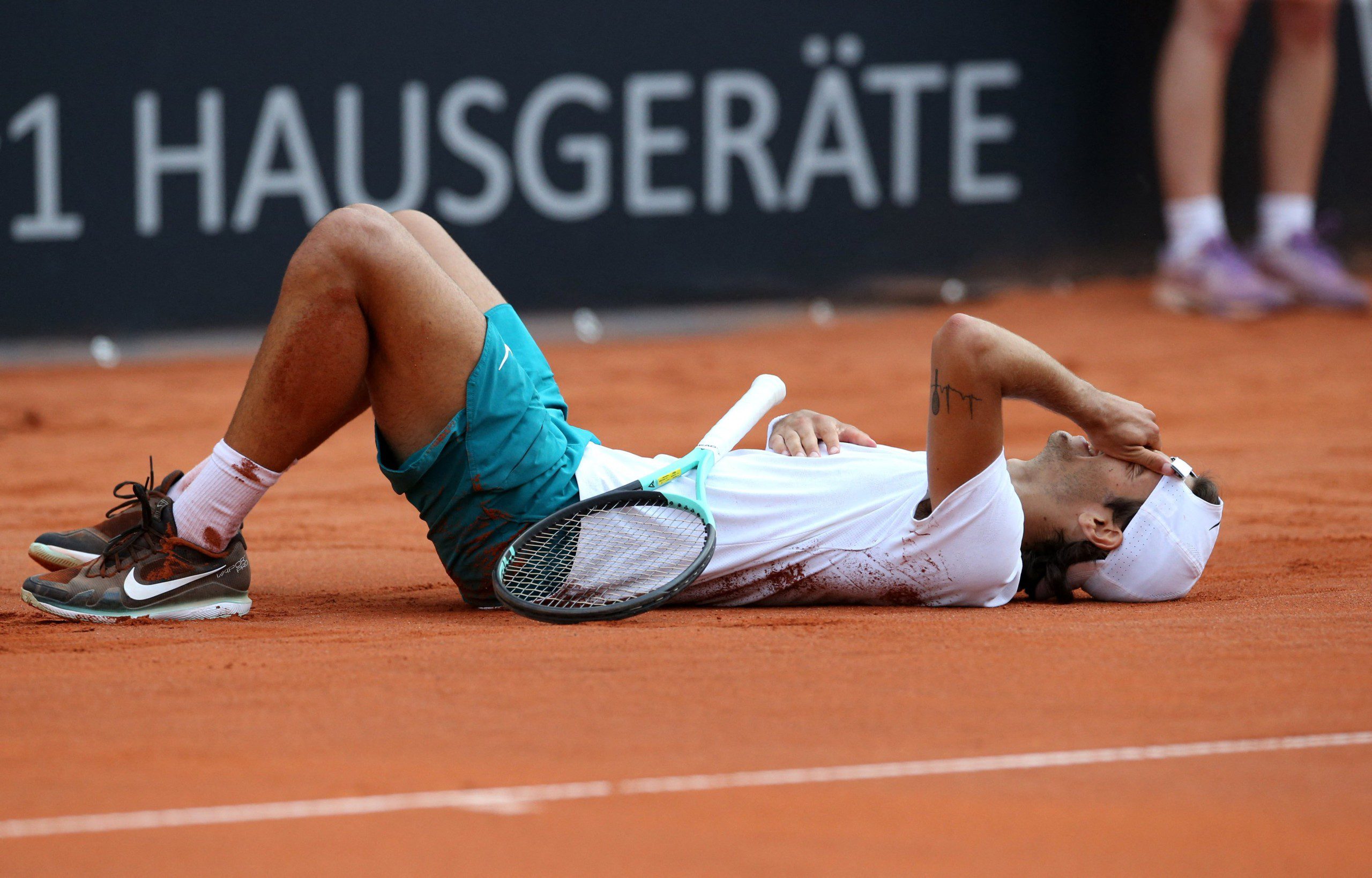 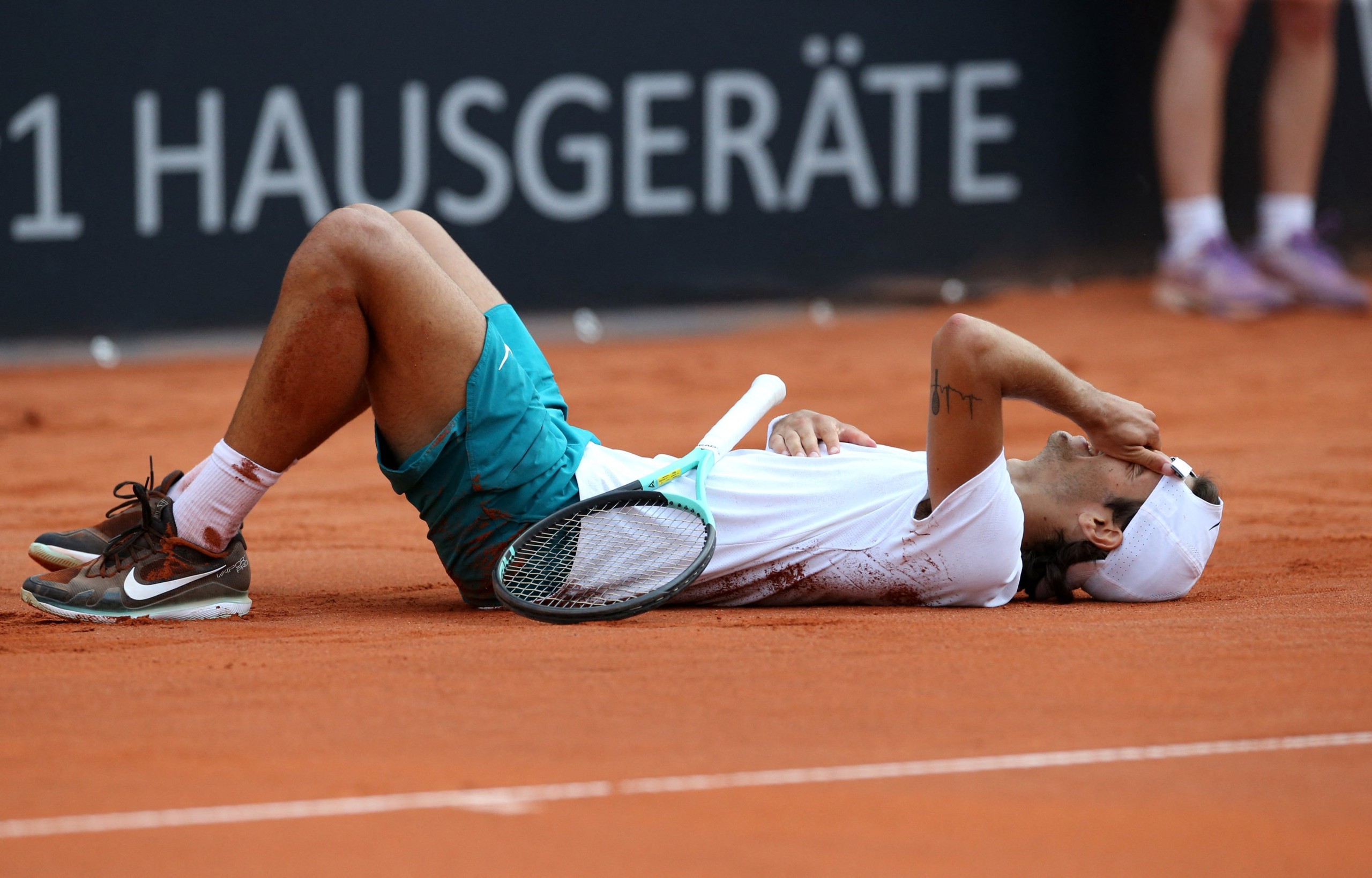