Next time you see a base Dodge Charger you should wonder,

On a recent trip to Phoenix, Arizona, I had an epiphany about the rental car I’d been given. I’ve been in some terrifying cars over the years, mostly basket cases with dubious repairs and shoddy nameplates, but this 2022 Dodge Charger was by far the most terrifying. Not for me, but for everyone around me. Let me explain. 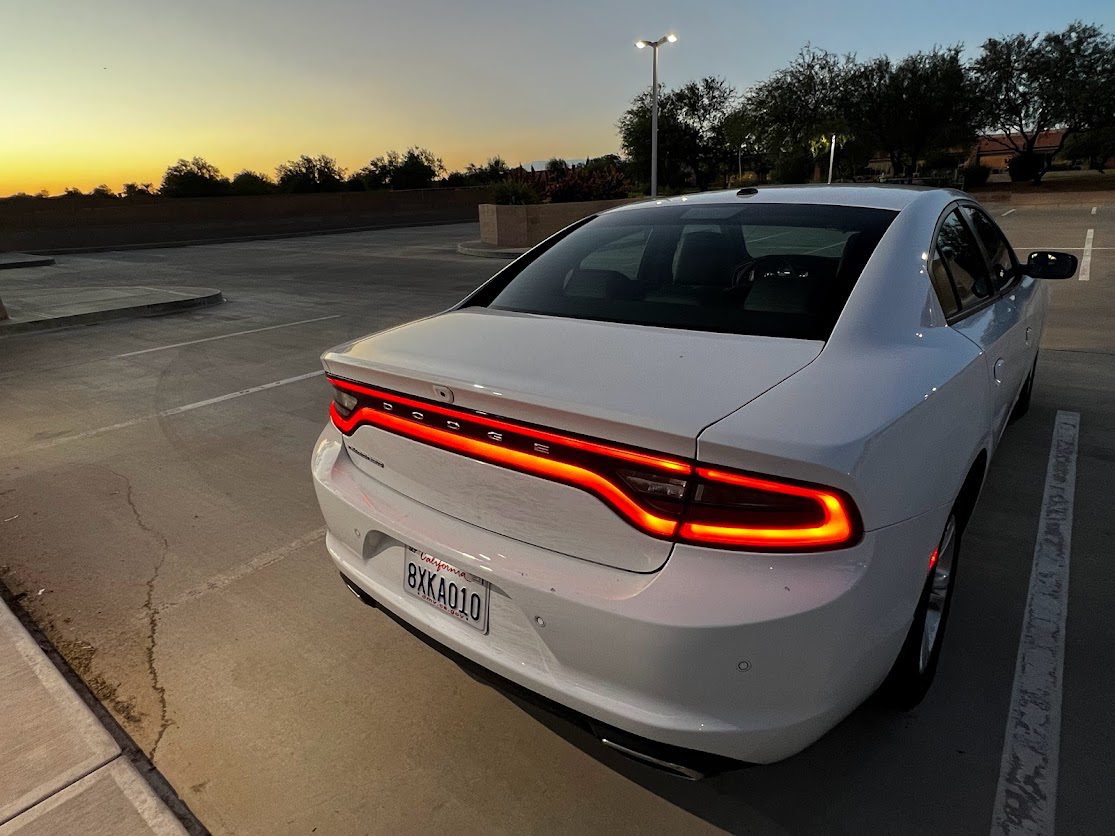 This was no special Charger. It was a base model. Stripped out. No frills. Everything was powered, with no crank windows, but that is as far as the word “power” could be used to differentiate it from a Hellcat. A terribly stock and well-whipped and abused 3.6L Pentastar V-6 could be heard under the hood and out back. White paint with some sort of perforated bottom tier leather inside rounded out the “trim”. The Bluetooth worked, it stayed between the ditches, and the stereo still cranked, but for some reason ‘Lil John and the Eastside Boys’ kept playing. It was a solid rental with an ungodly 30-something thousand miles on it—it felt like every bit of 90 thousand being repeatedly goosed to the moon by every ham-fisted renter. 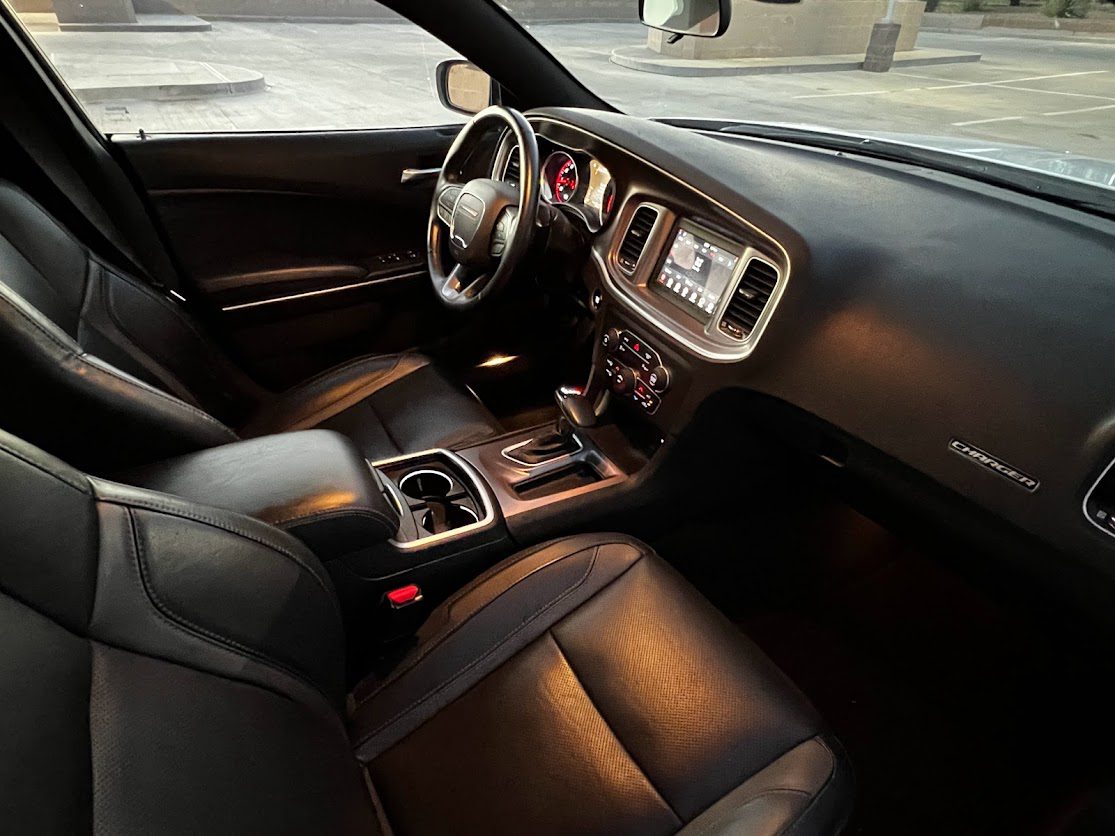 So as a rental, it was good. Not “good”, but good enough for being so bad. And that’s when I started to think about how terrifying this car was for everyone else on the road. I realized this after nearly merging into another lane and colliding with a minivan full of vacationers—a solid blind spot on the b-pillar and a pillbox-style beltline was to blame, not me, I’m infallible. The minivan didn’t honk. It was strange. I thought, “That was blatantly my fault and I’m not hearing a beep or getting the finger?” 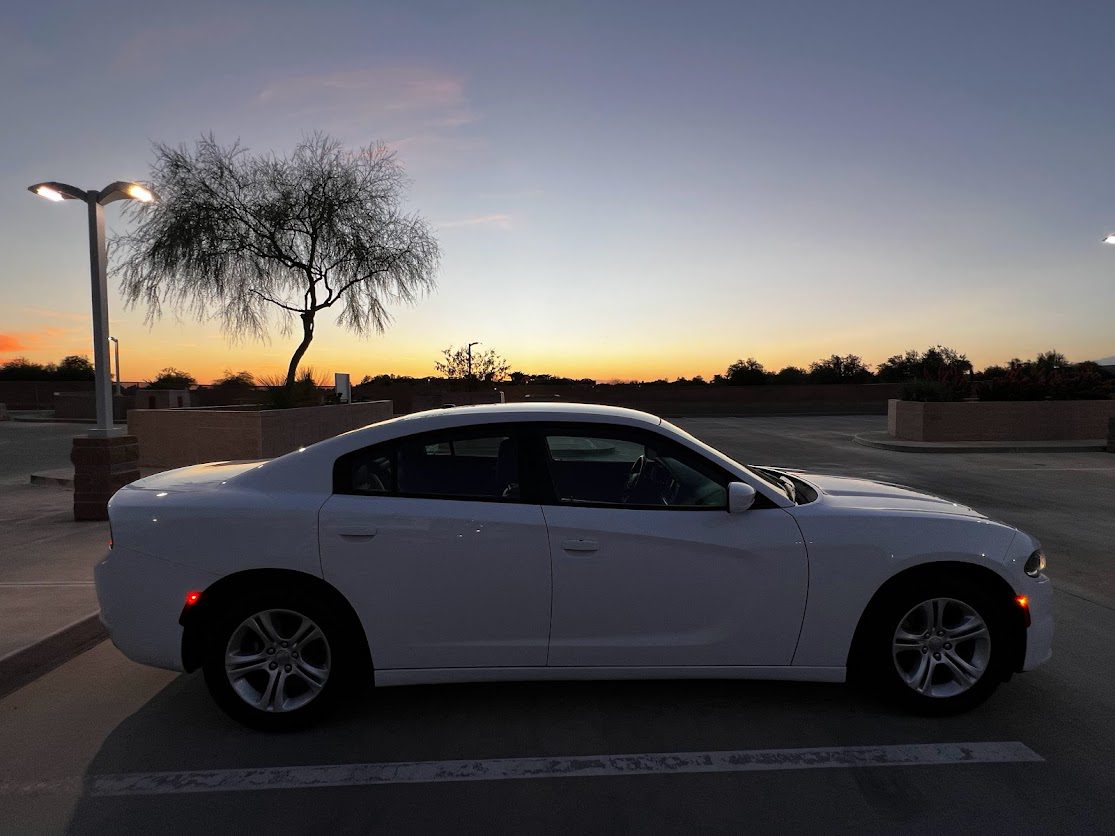 And that’s when it hit me, the other driver was utterly confused about what to do. Was I a cop in an undercover car or was I a tattooed and doped-up criminal? If you think about it, Chargers aren’t driven by anyone else but these two camps at opposite ends of the spectrum. Granted, yes there are a rental variety of Chargers, but who buys a Charger? Especially a stripped-out, base Charger? They’re either in pursuit or being pursued while the driver is three or four times the legal limit and holding a Glock out the window.

No one was going to mess with me in this car: I could cut anyone off; speed without conviction; turn signal not required, ever. Maybe even litter or honk at those attempting to jaywalk? No one would know if I was in a hurry to do the man’s business or if I was a ‘neighborhood pharmacist’ just late for my next deal. You try not to see it next time you’re behind a base Charger in traffic and they trespass against your first-world ideals. Or if you live dangerously, honk and see what happens.