The French have a knack for doing things differently. While most newly launched EVs are heavy and expensive, Citroen’s latest EV concept defies both attributes to offer a light, inexpensive urban crossover. Say hello to the Citroen Oli EV Concept. 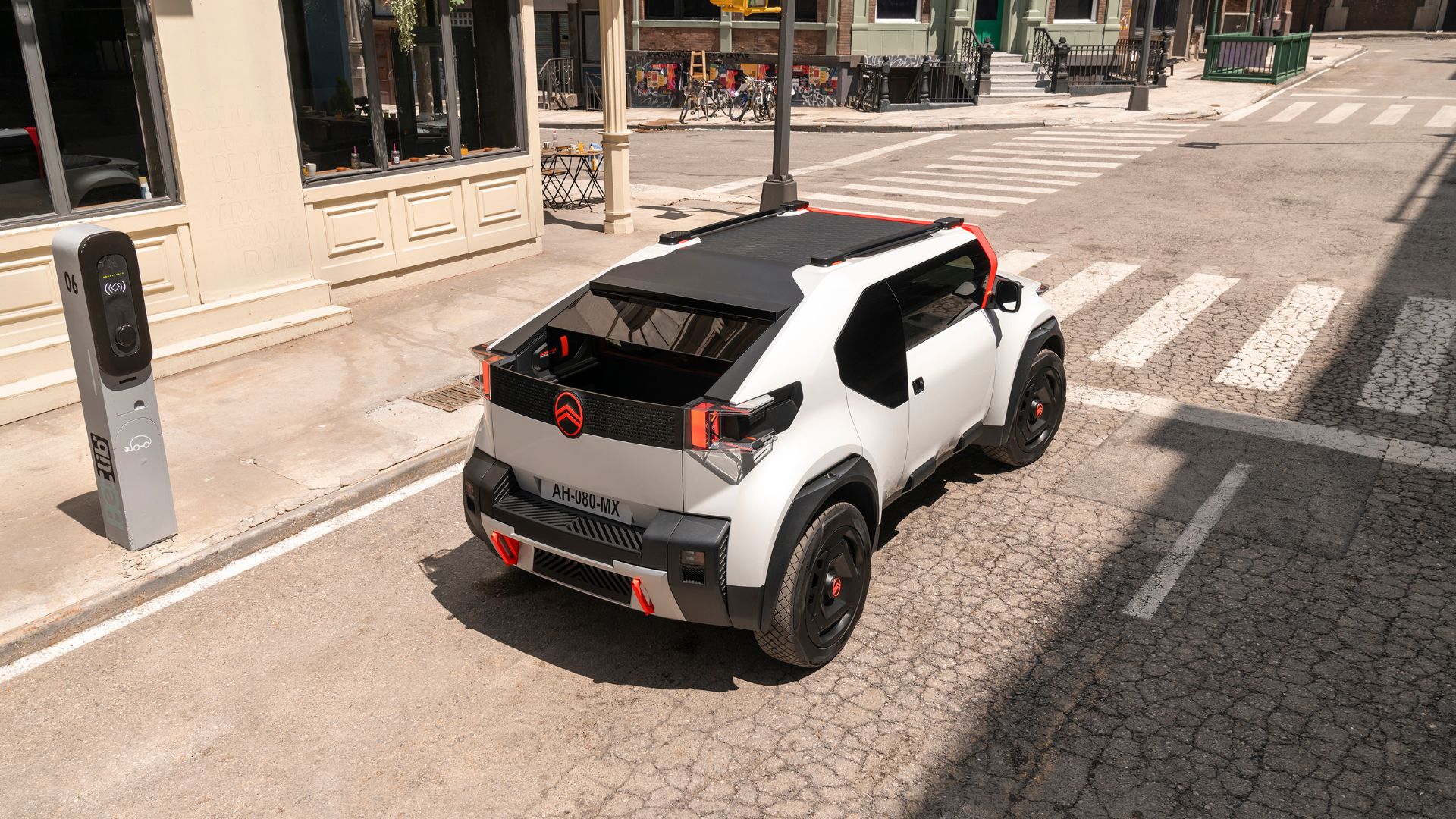 Citroen is said to have designed the Oli EV Concept with a weight target of 1,000kg. Hence, various components inside the Oli EV gets designed with either recycled materials or 3D printed parts to reduce complexity and ultimately save weight. For instance, the seat uses eight pieces instead of the traditional 37 used in SUVs by deploying tubular frames and 3D printed mesh backrests. The same formula gets extended to the dashboard as well, as the Oli’s center console and dashboard get produced using 34 parts against 75 used in family hatchbacks.

EV doors have only gotten heavier with the incorporation of soundproofing components, sound systems, ambient lighting, and their associated wiring. In the Oli EV, Citroen has yanked all these out to make more storage spaces saving 7 kilos per door. Removable Bluetooth speakers and a smartphone dock for multimedia save a whopping 250 kilos.

The Citroen Oli EV Concept is entirely made from 50% recycled materials, and the car itself is 100% recyclable. The panels for the hood, roof, and truck bed sides are made using recycled corrugated cardboard sandwiched between fibreglass panels, weighing just 6 kgs. It also holds the capability to seat an adult on them. The front and rear bumpers are identical to the previously released Ami electric car, thereby saving costs on research, manufacturing and repairing. 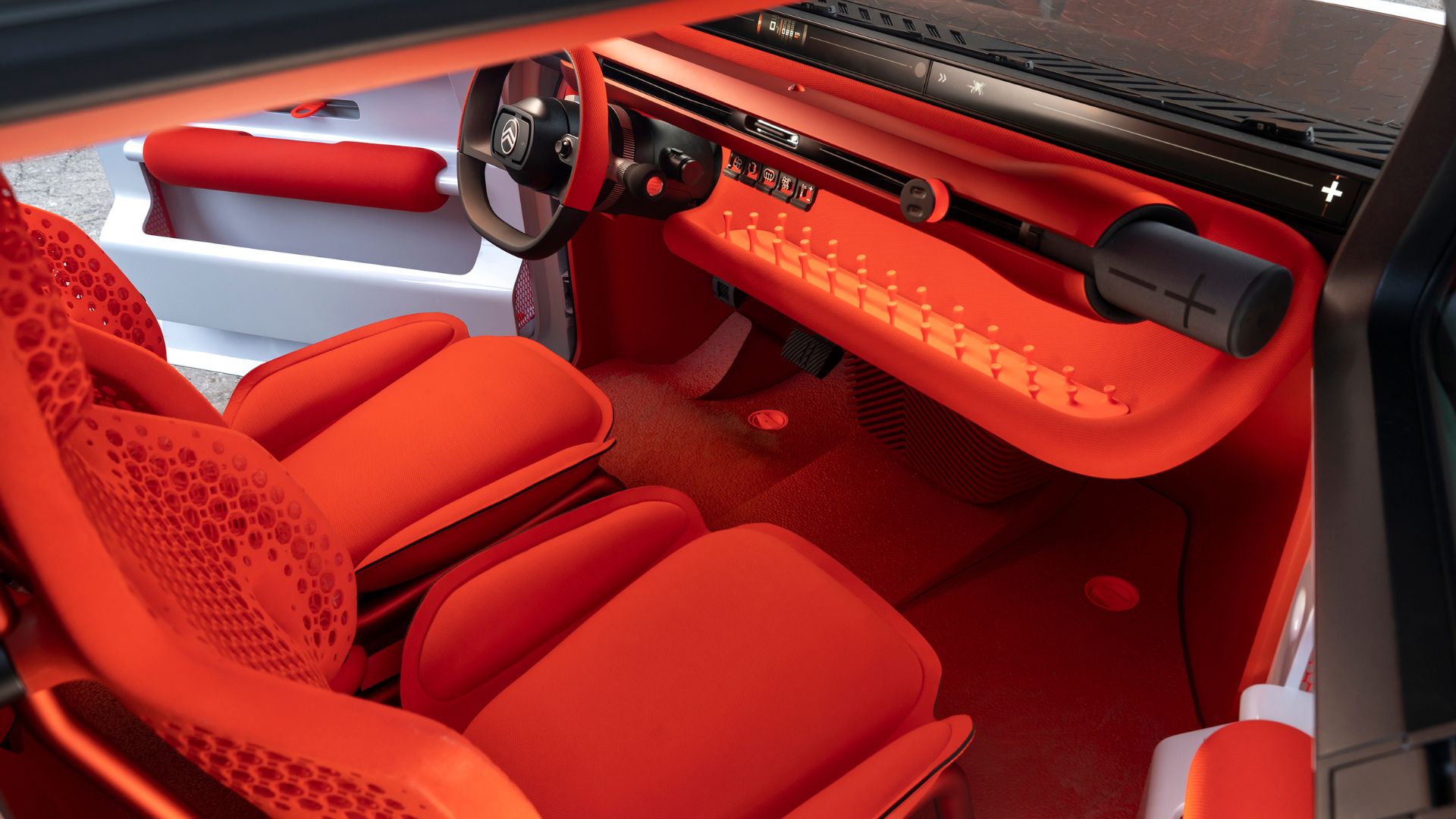 Form that follows function seems to be the ethos behind the Citroen Oli EV’s design. The windscreen, for instance, is an upright design and replicated on either side. This design helps aid reduced use of glass as well as the occupant’s exposure to the sun. Citroen further claims these benefits would cut the demand from batteries for the air-con systems by 17%, allowing more range with a simple design tweak. 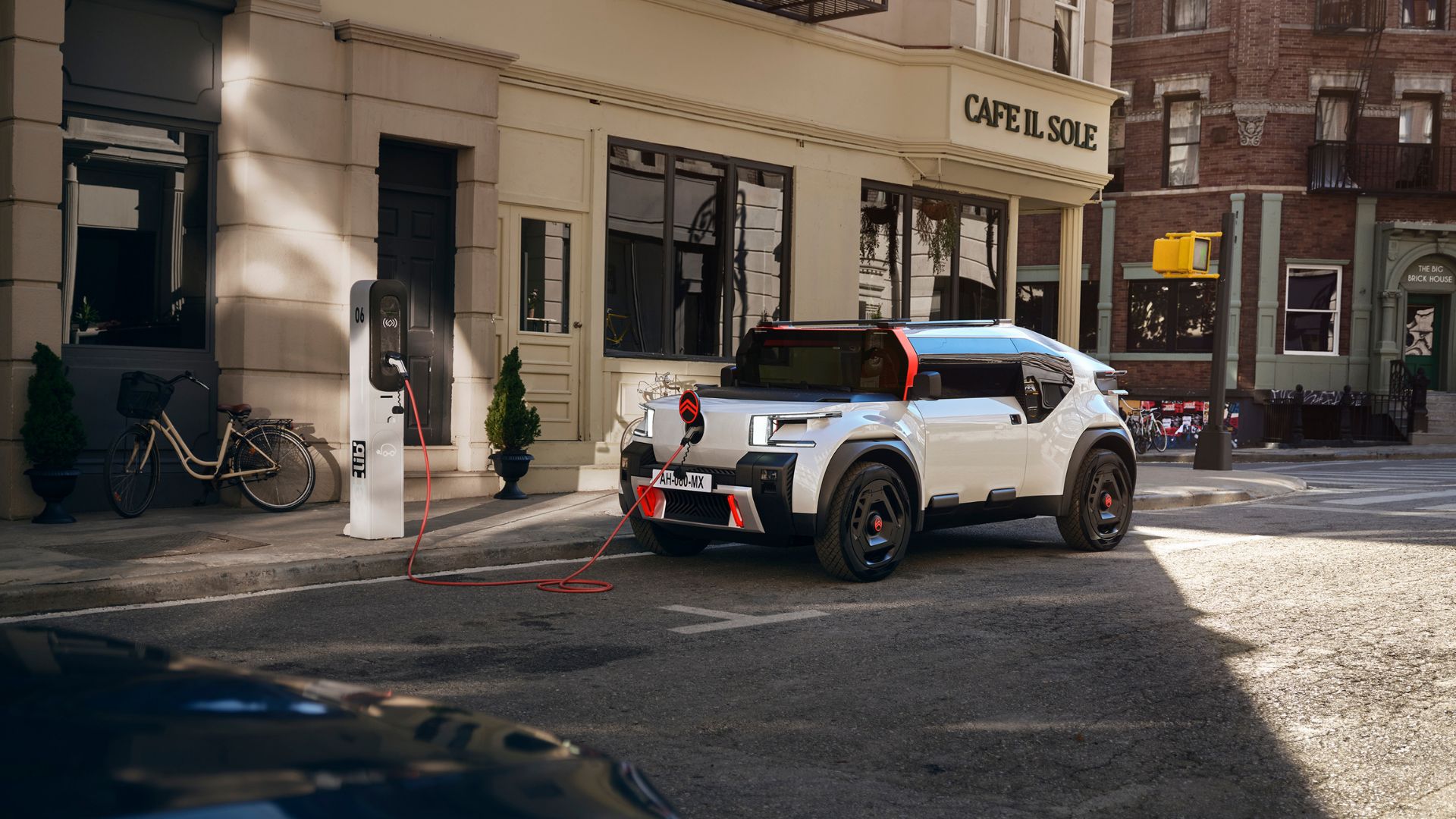 Designed predominantly for city use, the Citroen Oli EV deploys a 40kWh battery pack to stay aligned with the weight target too. Citroen claims an estimated range of 400kms with the battery capable of charging from 20 to 80 per cent in 23 minutes. The car even supports vehicle-to-grid and vehicle-to-load capabilities. The brand has limited the top speed to 110kph as the urban truck is intended for efficient city usage and not high performance. This further allows the Oli to boast a targeted efficiency of 10kms per kWh, rendering it almost double that of most EVs currently on the market.

Additionally, the Oli EV Concept debuts the new Citroen logo, a modernised take on the 1919 company logo. The logo on the front plastic grille lifts to reveal the charging port.