Adesanya: The quiet force and already a future fight to keep the belt

He entered the octagon in masterful fashion to the Undertaker’s theme in front of WWE President Vince Mc Mahon in Las Vegas. Izzy did not disappoint in the whole 5 rounds, he knew how to master a Jared Cannonier, who had difficulty to reinvent himself and did not find the solution except at the end of the 3rd round. Izzy mixed striking and kickboxing to win easily by unanimous decision. Adesanya already knows who he will be defending his belt against for the 6th time, a name he is familiar with. Earlier in the evening former kick-boxer Alex Pereira, who had beaten Adesanya twice, now in the UFC knocked out Sean Strickland in the first round with a devastating left hook. Pereira is the only one to have knocked out Adesanya, will he be able to do it again, in MMA this time?

Alexander Volkanovski the boss of featherweights

The highlight of the trilogy between Max Holloway and Alexander Volkanovski, the defending champion was in demonstration, Volkanovski neutralized the fighter with the most “significant strike” in the history of the UFC. In the second fight between the two, the fight was close. This time, no debate, Volkanovski won the decision by having all rounds counted by all judges. Max Holloway, lived a real disaster for 25 minutes, injured in the forehead from the second round, the Hawaiian was reframed by Volkanovski and in the hierarchy of the Goat of featherweights. In a post-interview, the Australian said he was “capable of moving up to lightweights and taking a second belt”.

The hype around the atypical Sean O’Malley, took a blow tonight during his fight against the experienced Pedro Munhoz. Indeed, a first round poor in action, it is during the second round that Sean O’ Malley put a finger in the eye of the Brazilian. The fight was then stopped and qualified as a no contest between the two fighters. Sean O’Malley did not dominate the fight and will have to wait before going to rub shoulders with other top 10 bantamweights. 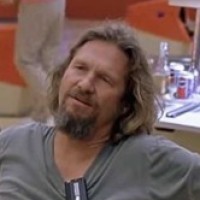