Bentley also launches its flagship Bentayga EWB in the region

Luxury carmaker Bentley appears to be churning out special edition models at the drop of a hat. In the last 30 days, the automaker released a limited-edition Bentayga Odyssean Edition with a hybrid powertrain and a new Skyline edition to honour Emirati culture. And now, there’s an all-new one called the “Qatar Editions by Mulliner”. 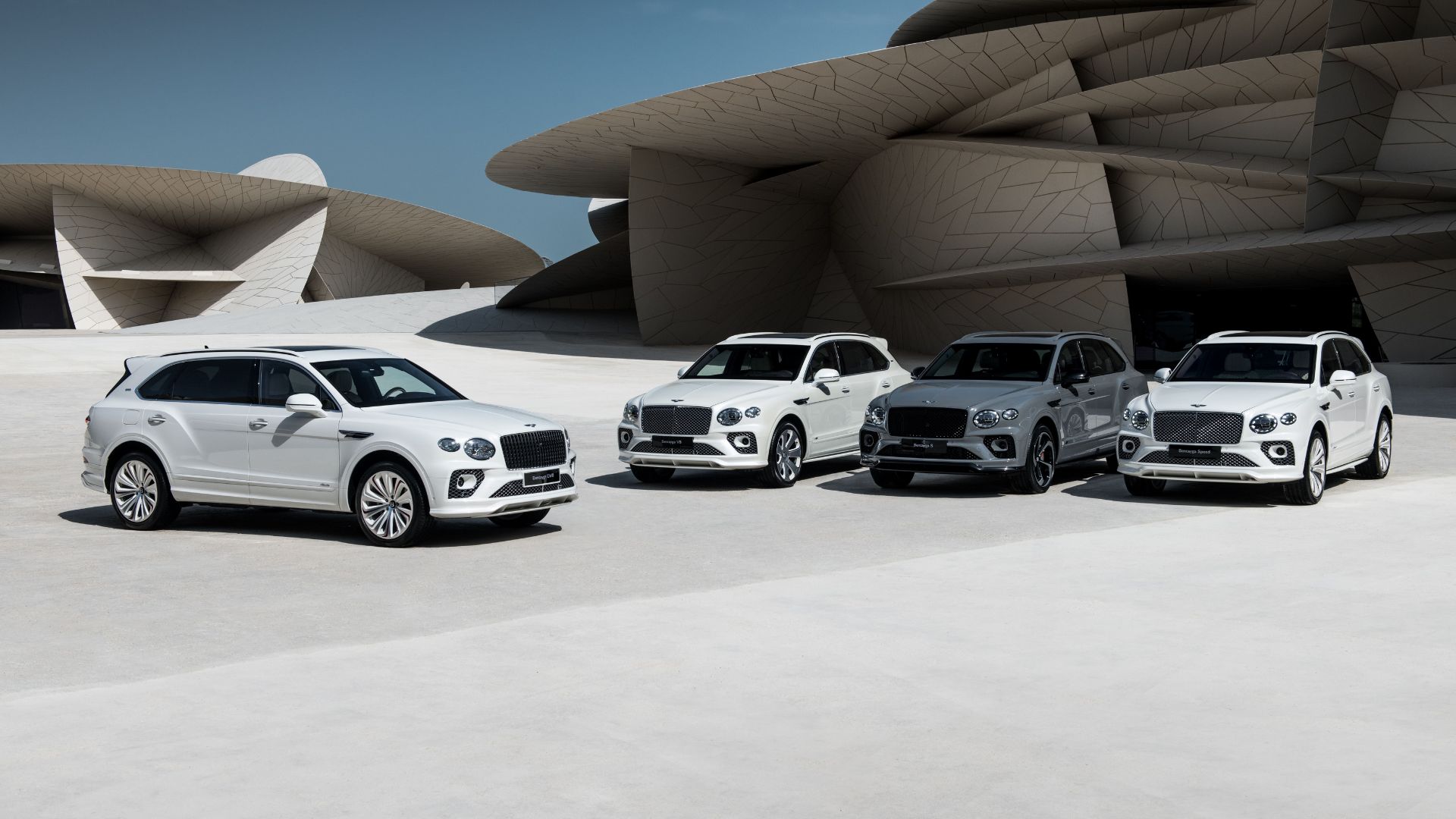 Bentley announces the launch of its new flagship, the Bentayga Extended Wheelbase (EWB),  in Qatar. This makes Qatar the first Middle Eastern market to obtain the flagship model, and to celebrate the same, the brand creates a suite of 17 special vehicles that comprise the ‘Qatar Editions by Mulliner’. The brand focuses on this Middle Eastern region as Qatar has been highly receptive to Mulliner’s specifications. 75% of Bentleys sold in Qatar since the beginning of 2021 include specifications made up by Mulliner. 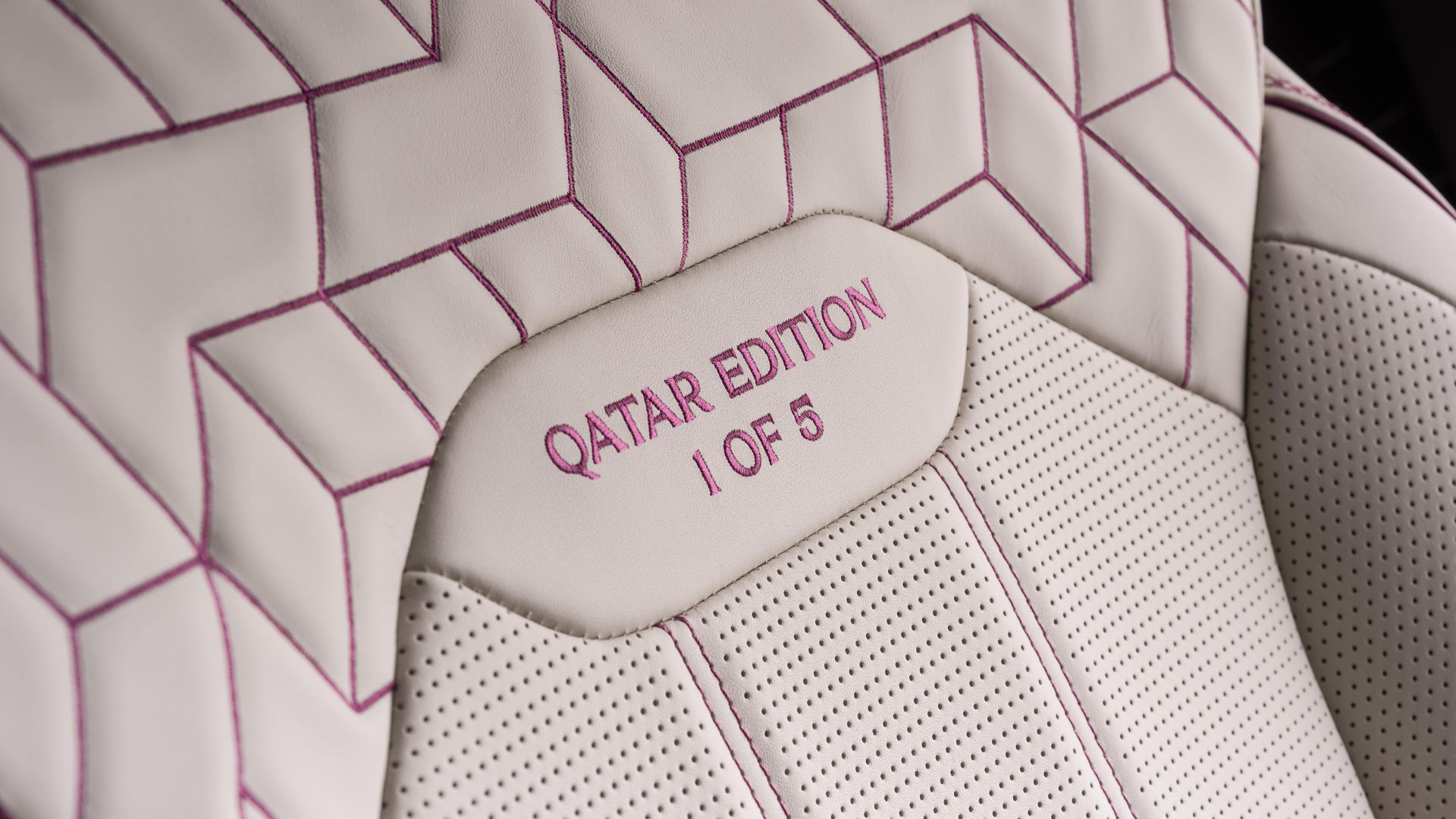 As for the ‘Qatar Edition’, each model in the collection features a unique specification celebrating the country. One such specification is the bright bespoke paint finish, Fuchsia Pearlescent, inspired by the Qatari flag. This is the most time-consuming paint-finish ever created for a Bentley, and these white cars seemingly reflect a fuchsia hue upon catching the light. Another novelty is the wheels feature a three-tone design with Fuchsia Pearlescent paint on the pockets.

Special ‘Qatar Edition’ logos are placed around the car, including the key fob, badge, and fascia overlay. The cabin upholstery Linen, Damson and magenta colour accents on the quilting on the seatbacks, doors, and backboards. 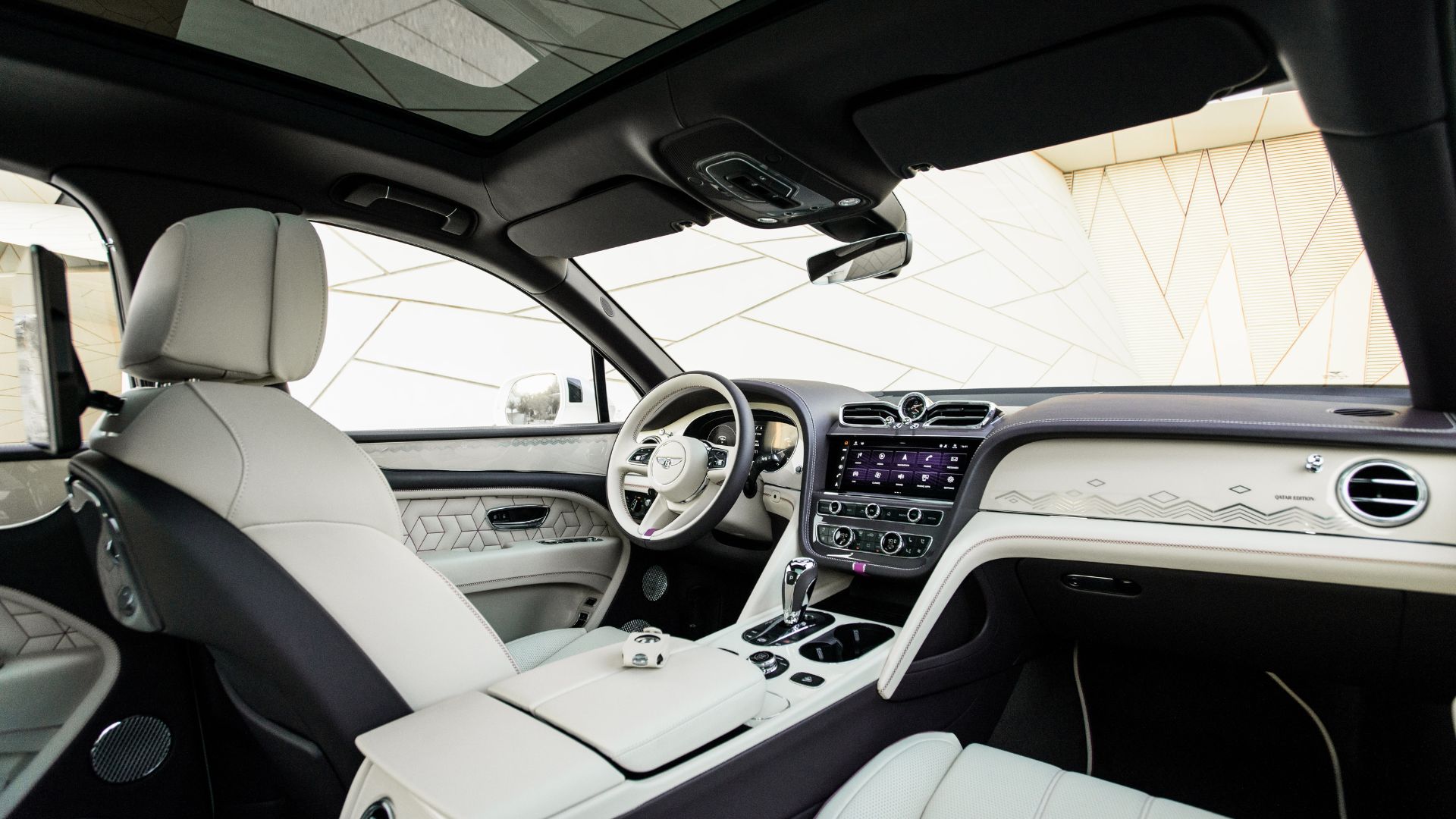 The launch of the new flagship will be conducted at ‘The Bentley Lounge’, a newly created luxury venue at The Pearl. The unveiling will also see the rest of the special edition suite of cars present as the pop-up venue plans to stay open until the end of Ramadan 2023.

Bentley will showcase the Bentayga Speed model from its ‘Qatar edition’ at the unveiling, along with a Bentayga V8 finished in ‘Frosty Flakes’, another unique paint colour from Mulliner. An exclusive 22-inch Mulliner Paragon wheel with Frosty Flakes pockets also gets fitted. And that helps the carmaker as Mulliner has been highly appreciated in the region. 75% of Bentleys sold in Qatar since the beginning of 2021 include specifications made up by Mulliner.