Blue-Chip: A term used by Wall Street to define the leading stocks and titans of industries. These stocks are popular industry names that are known to appreciate in value in the long term. Similarly, suppose the term got applied to Ferrari models here. In that case, you’d be looking at Maranello’s creme de la creme being put on sale at the upcoming Miami auction by RM Sotheby’s.

RM Sotheby’s Miami auctions on the 10th of December will see a contingent comprising the best of Ferrari going under the hammer. The lot highlights include a two-owner F50 with 625 miles, claimed possibly the best example of Maranello’s important 50th-anniversary model, a 2,736 miles-driven F40 previously owned by Microsoft co-owner Paul Allen and a Ferrari Enzo with just under 12,000 miles under its belt. This auction also presents a rare opportunity to acquire a new old-stock Ferrari Enzo replacement unit.

The 1995 Ferrari F50 with 625 miles on the odometer comes with a factory-issued set of fitted luggage. A 1995 certificate of origin, factory purchase order, and bill of lading for export to Singapore, along with service invoices, will be presented with the car, and the fine example of Ferrari’s 50th-anniversary unit is expected to fetch over $5,500,000. The Paul Allen-owned F40 retains the factory-applied paintwork and all matching numbers of the mechanical equipment. The auction house estimates this Ferrari to bring over $3,000,000. 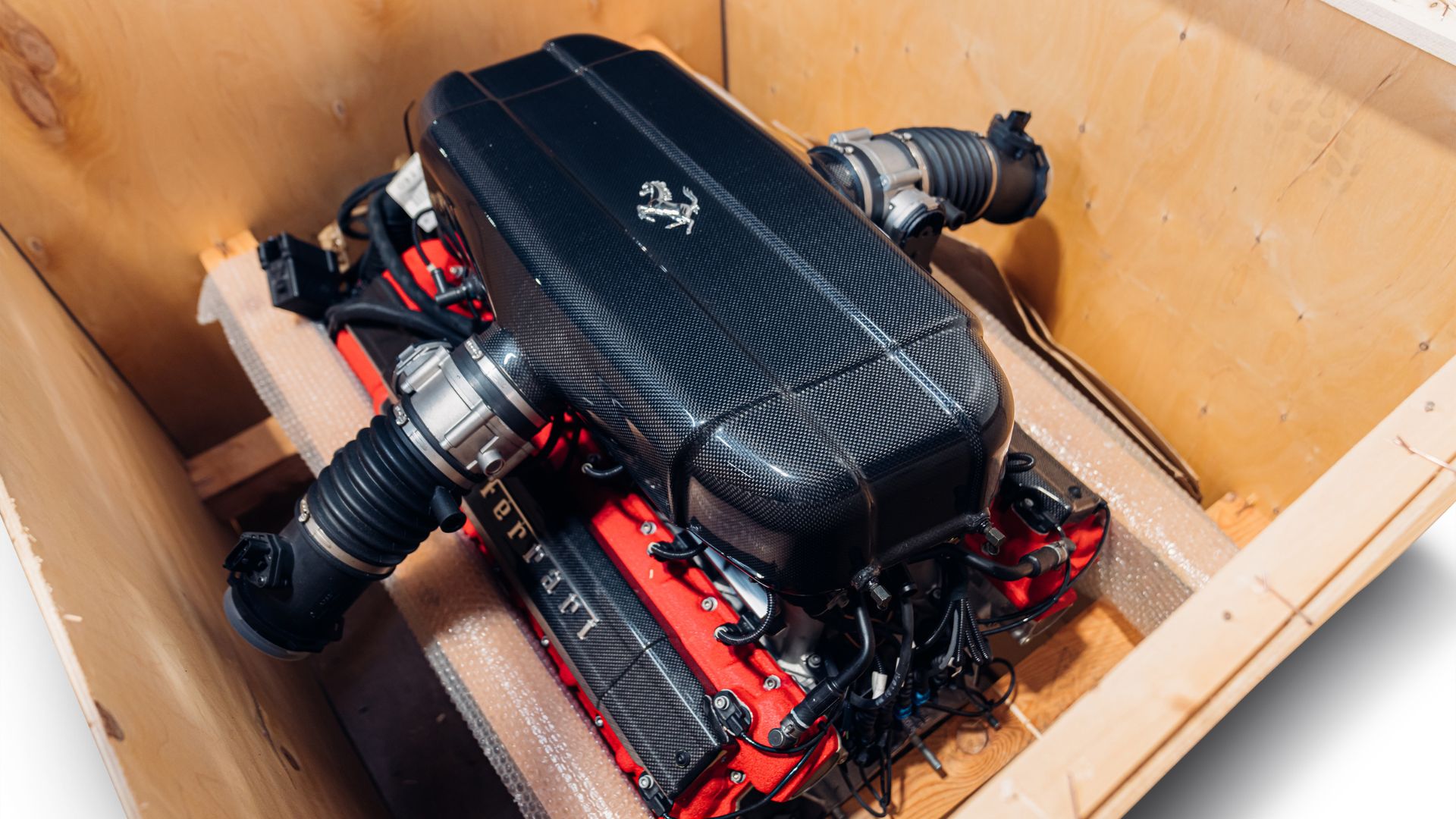 The Enzo is one of the 111 units built in US-spec out of the 498-unit production run. It was maintained by Ferrari dealerships throughout its lifetime and has an 11,870-mile readout on the clock. It gets certified by Ferrari Classiche in 2020 and is expected to command a $3,750,000 price tag. But if you’re looking for something truly rare from Ferrari, the Ferrari Enzo engine, boxed inside its factory crate, might be the perfect buy. It could be mounted on a car as it’s a complete engine with inlets, airbox and ancillaries or mounted for display as a centrepiece.

Recommend0 recommendationsPublished in Cars, On Sale
90
3