This Honda is turned up to eleven!

The ultimate daily-track day special Created by People who understand Motorsports the Best.

Back in 2012, the Honda brio was Honda’s first foray into the small-level-hatchback market to compete with existing and dominant players like the Hyundai i10 and Maruti-Suzuki’s array of tiny hatchbacks.

This wasn’t Honda’s first hatchback for the Indian market, that title goes to The Jazz, but that was more of a premium offering placed alongside Hyundai’s i20.

Brio for all sense and purpose was Honda’s first small hatchback for the Indian market. It did pretty well considering the market domination earned by Maruti-Suzuki and Hyundai in that specific segment.

Honda offered one petrol engine along with two transmission options. The engine was a 1.2-liter vtec motor producing 86hp and 103 Nm of torque, pretty respectable for a car of brio’s size and stature.

The 1.2-liter motor although, a reliable and “smooth operator”, but not many dared to put it alongside Honda’s infamous 1.5-liter vtec when the pure motoring joy of a nimble hatchback is talked about.

Many like me often wondered what could’ve been if Honda in some glimpse of their eternal wisdom decides to drop Honda city’s 1.5 vtec motor that produced 120 hp and 145 nm of torque in the Brio. 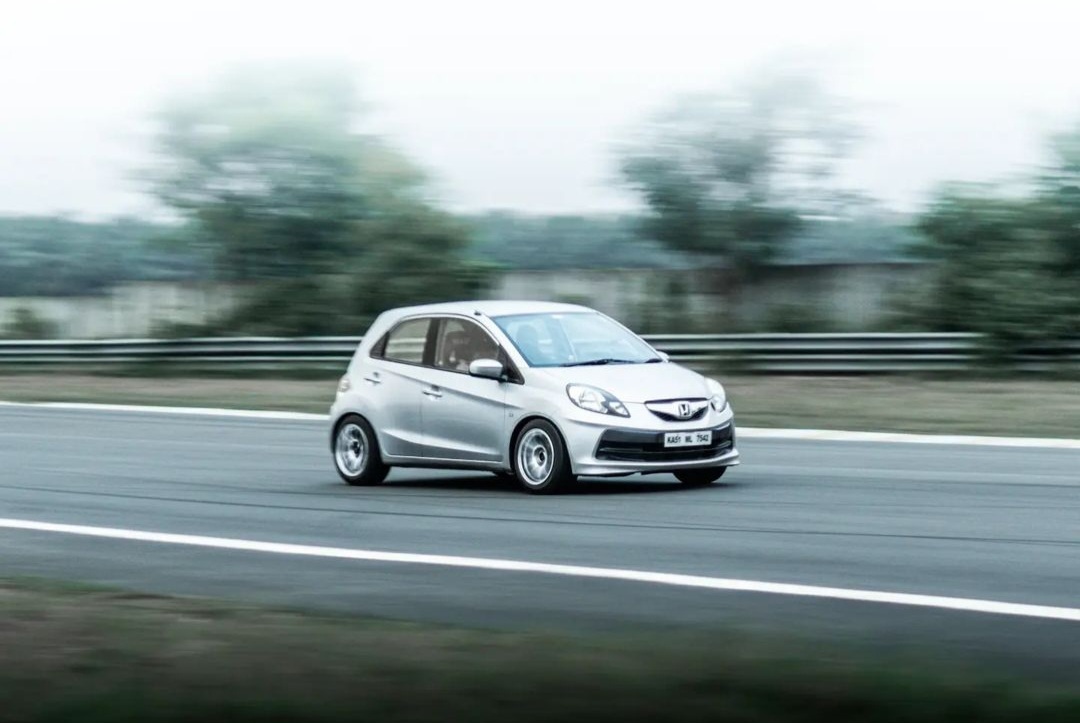 For a small hatchback, it would’ve been a hot hatch-level upgrade. Since 1.2 vtec was often felt to be a letdown despite being a competent engine, as it lacked when complemented with Brio’s handling characteristics and dynamics.

Sadly, Honda has discontinued the brio for the lack of sales and the ever-expanding suv market, all while crushing the hopes of enthusiasts such as me, who amidst all the SUV frenzy kept their hopes alive that one day we might get a proper hot hatch from Honda.

However, a certain Performance tuning and Motorsports team goes by the name of Race Concepts who are known for its excellence on the track and ridiculous performance R&D, and performance tuning off the track. Has found a solution to transform Honda Brio’s subtle family car image into a track-devouring little monster. 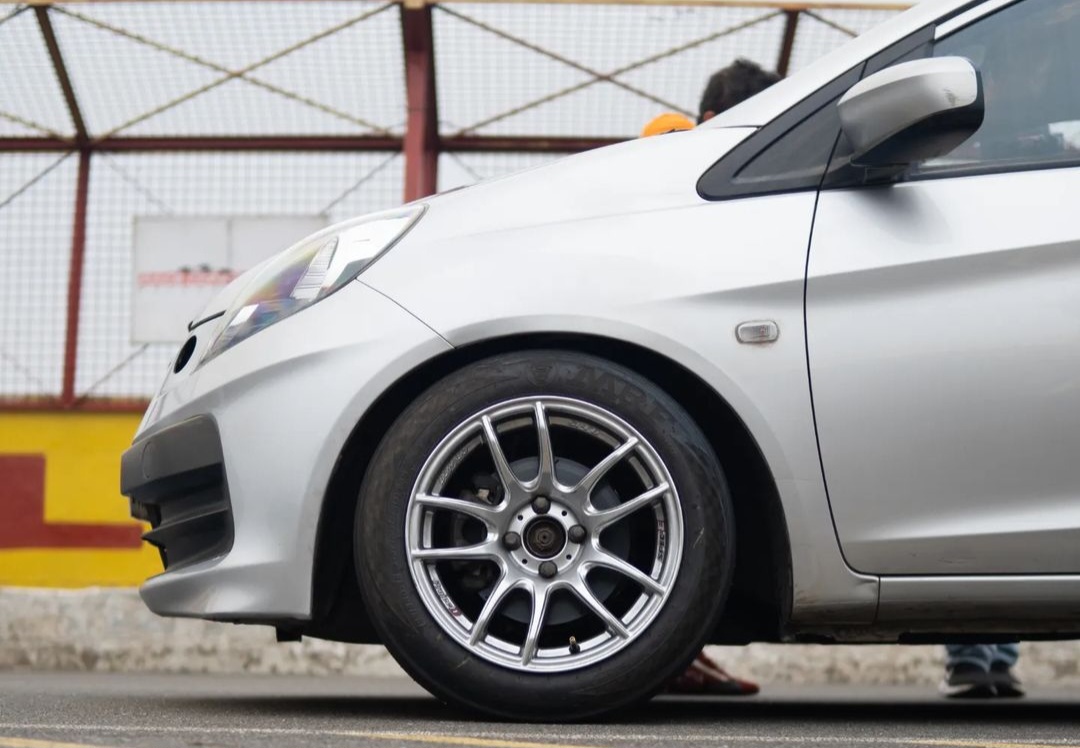 Race concepts have built a track-day special Brio that generates 130hp and reaches 0-100 kph in under 9 seconds, that is 5 seconds slashed off the stock 0-100 time of 14 seconds.

So, how exactly did they manage to do this?

Firstly, this car still accompanies a stock 1.2-liter engine that has extensive updates done to it to increase its capacity to 1.5 liters paired with their in-house developed Standalone ECU combined produces 130hp at the crank, still paired to a stock gearbox that does 0-100 kph in 8.67 seconds ( as reported). 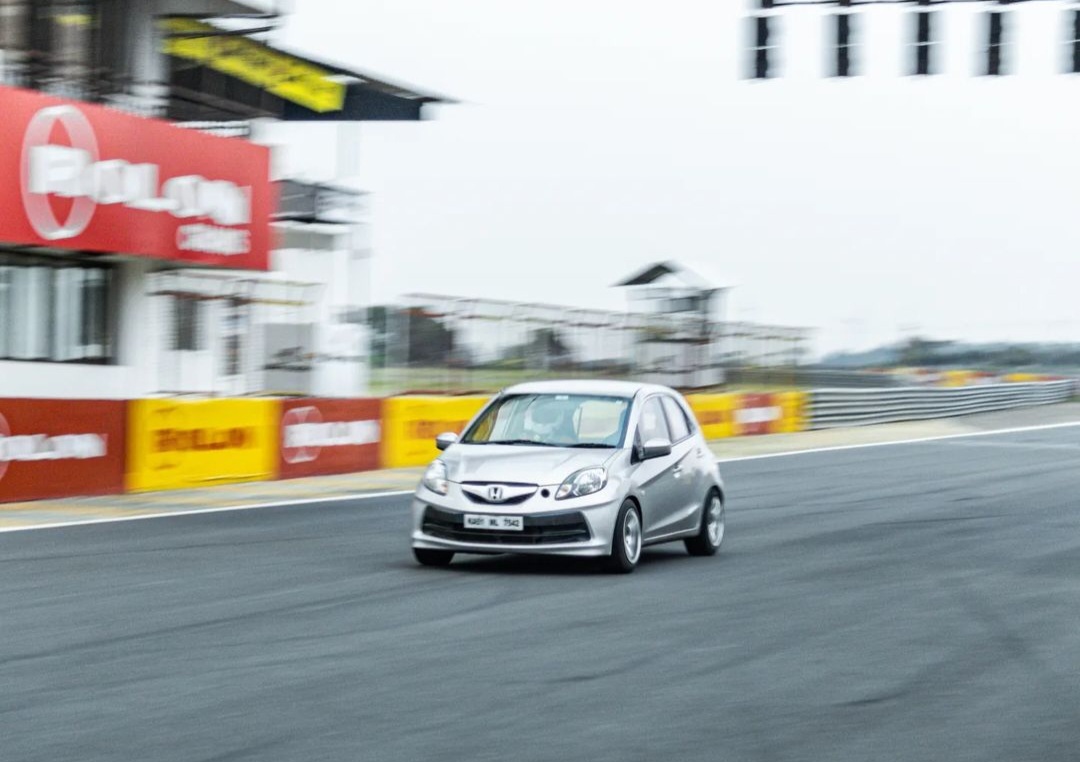 Along with some suspension updates and forged wheels, This Honda Brio 1.5L looks like it’ll be an absolute riot to hoon around with on the track and set some lap times and rubber on the blaze.

Race concept has been around for more than a decade now established in 2011 by Joel joseph, since its inception, it has carved a niche for itself as a leading motorsports team in national and regional championships and has been a go-to performance shop for enthusiasts and their cars. 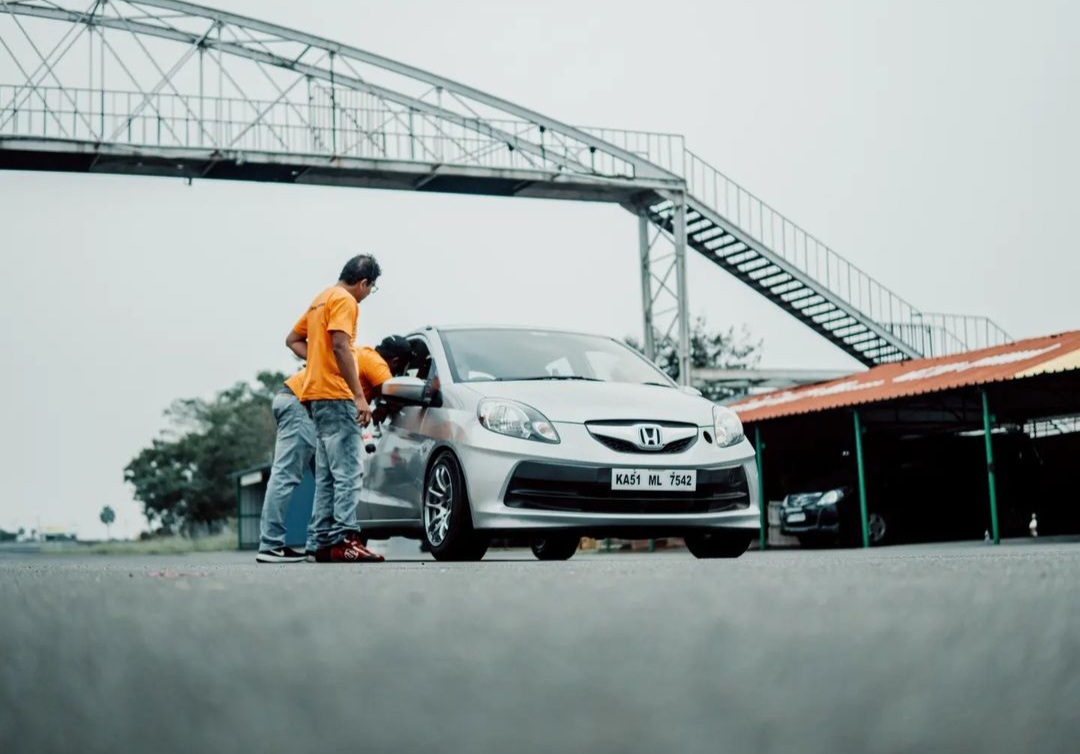 Race Concept is Based in Bangalaore,Karnataka,India.