American carmaker General Motors released its 2022 second quarterly results recently. It reported a net income of $1.7 billion to stockholders and an EBIT-adjusted of $2.3 billion. The firm claims these figures were “in line with the earnings update the company issued on July 1” and expects to meet its full-year earnings guidance. 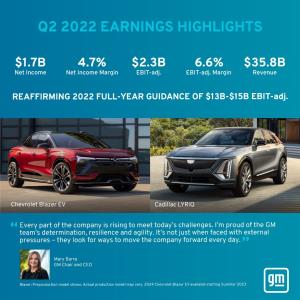