We fear what we don’t understand – a popular saying that finds perfect application when discussing autonomous cars. Astronomical expectations, a plethora of doubts and an unconvinced mindset are where the state of autonomous vehicles rests in the current scheme of things. While carmakers work towards achieving Level 5 autonomy in cars, Audi goes one step further in debunking some myths that revolve around these supposed driverless cars.

Myth No. 1: Self-driving cars will be like normal cars, just without drivers

The current crop of car design sees an extra emphasis on the driver seat though Audi believes autonomous cars will broaden that emphasis from the sole driver’s seat to the entire cabin. Space will be maximised inside, even if it entails retraction of acceleration and brake pedals temporarily. Passengers’ comfort will be the new priority, which is why their seats may or may not face in the direction of travel.

Myth No. 2: Once the software is developed and available, autonomous cars will be able to drive anywhere

Autonomous vehicles will be co-dependent on their environment. Hence, Audi claims the entire city’s infrastructure will have to be uplifted or upgraded to make these autonomous vehicles work flawlessly. This even entails the integration of intelligent traffic lights and road sensors.

The most obvious scare for all driving enthusiasts out there. However, Audi believes no carmaker will prevent its customers from driving the car. The future with autonomous cars will see drivers possess the choice to drive their car or switch to autonomous mode during unpleasant situations such as heavy traffic. 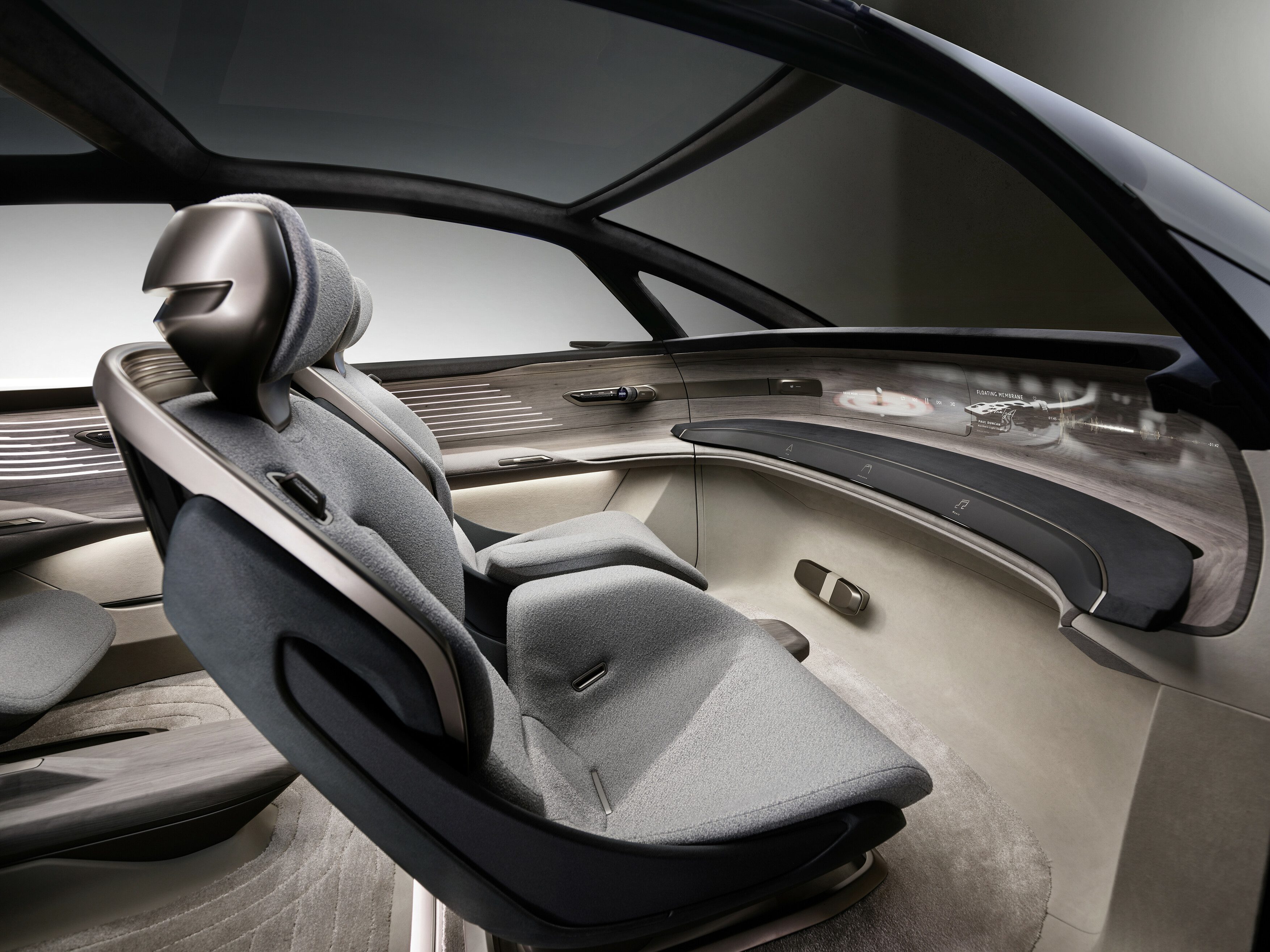 Myth No. 4: Self-driving cars are a hacking liability

Audi states this to be false and claims an autonomous car will be no less vulnerable than the cars available now. Though, developing protective measures against cyberattacks and improving the defensive mechanisms is where manufacturers must constantly improve. As cars continue to feature increased network and connectivity with their environment, the need for consistent cyber security measures also increases.

Not exactly as Audi believes autonomous cars will use these spaces more efficiently. If the sharing model for cars is adopted in increasing numbers, the city’s vehicle density could drop, leading to lower traffic congestion.

Myth No. 6: The technology is already developed, but laws on autonomous driving are still lacking

Audi states German lawmakers created a legal framework very early on that puts safety first in developing and introducing self-driving technology. Germany allowed autonomous driving systems up to Level 3 to operate on public roads as early as 2017. June 2021 saw legal frameworks being established to enable Level 4 autonomous vehicles to ply on public roads, albeit only within defined areas such as shuttle transports from point A to point B. Hence, the legislative advances would solely depend on the countries and their respective approaches to autonomous vehicles.

Myth No. 7: In extreme cases, autonomous vehicles will have to make life-and-death decisions

‘It is not the car itself that decides, but the humans who program the vehicle.’ Audi says the autonomous car can only reflect what its preprogrammed software specifies. Hence, the safety aspect of autonomous vehicles appears to lie solely on the understanding and comprehension skills of the creator behind its software, as these cars can merely apply decisions without integrating their own evaluation.

Myth No. 8: As a technology, self-driving cars will be so expensive that few people will be able to afford it

In the shorter scheme of things, the costs of procuring a driverless car will evidently be high. However, Audi believes these prices will fall in the long term as efficient series production with gradually decreasing production costs. The connected car technology further entails better road safety, ultimately resulting in fewer damages, cascading down to lower repair and insurance costs. Additionally, Audi believes city residents might opt to buy autonomous vehicles via sharing concepts that further bring the upfront cost down.