This is not an SUV, nor a sedan, nor even a coupe. The Peugeot 408 is a gentle automotive Frankenstein. Judge for yourself: a muscular bonnet, an elevated stance, a disproportionate rear bumper, protected wheel arches, a receding roofline, rims with a crazy design, or what looks like the delirium of a designer who had to juggle with the – contradictory? – rules dictated by the marketing department.

The meeting of styles

Monolith, adj. and m.n.: a building element carved from a single block of stone. Monolith is also the name of the 408’s impressive 20-inch wheels. Their disruptive design does indeed provoke strong reactions in traffic jams – and mouths. And certainly a carnage in the Peugeot design offices to make them industrialisable. Great or abominable? That’s not a question, because in any case, these Batmobile wheels are optional on the top-of-the-range hybrid models. And what the heck, I can get some nice pictures on Insta. And what’s more, it also allows me to get free lines for the article. Anyway, let’s take a step back from the 408. To be honest, it raises as many questions as its wheels. It has a strong character, with SUV, sedan and coupé attributes. The grille with its body-coloured evolving spikes and the – false – air inlets form a very aggressive front end. From the side, the sheared lines dominate, while the rear concludes with an XXL bumper and Lamborghini Urus-like edges. In fact, it’s an elevated sedan, like the Citroën C5X. However, the 408 is of the unclassifiable type because of its measurements. At 4.69m in length, it’s close to SUVs like the BMW X4, but its height of just 1.48m is worthy of saloons like the Volkswagen Arteon. And its ground clearance? 19 cm, like an SUV after all. Hmm…

Quality trim, rigorous assembly, modern design, original 3D i-Cockpit, exquisite massaging seats (special mention to the “cat’s paw” massage programme)… Everything is going well in the best of all worlds on board, until the gaze is fatally directed towards the i-Toggles which, secretly, are closing the sweet project of a collective suicide sponsored by the Peugeot ergonomists: “Here, we’ll put the radio, ventilation, navigation, phone and driving aids on the touchscreen because it’s so much more convenient than physical buttons. [Spoiler: no]. Besides, if I’m acting like a weirdo, I might as well keep going! Quality materials are indeed present at the front, but at the back, we find hard plastic on the doors. Red card for the 408 which is announced as the new top of the range of the brand. The black roof and the small glass surfaces will also make claustrophobes anxious. For the rest, our sedan-coupe-SUV is rather pleasant to live in with a rather impressive legroom and a correct headroom in spite of its coupe line. The boot volume is also impressive with 471 litres in HYBRID and 536 litres in PureTech. Beware, however, of the rather protruding bumper and above all the height of the tailgate which is a bit limited for taller people.

While its price may be a shock – as we shall see later – the 408 confirms its top-of-the-range status with its extensive equipment list. The heated seats and steering wheel are still very pleasant in winter. For music lovers, the 10-speaker Focal sound system produces a powerful and crisp sound. The Matrix LED headlights are as impressive as ever, allowing you to drive with the high-beams on all the time without dazzling others. Even more amazing is the night vision, capable of detecting pedestrians and animals, which is – almost – worthy of the best fighter planes. In short, you really want to hit the road in the 408. Unfortunately, its fuel tank is limited to 40 litres, which is very small for a vehicle of this type. Can we count on its cumbersome batteries? Not at all! Approved for 62 km of WLTP range, our car never actually exceeded 34 km without burning a drop of unleaded despite a very light foot. We even wonder if Peugeot has mistakenly fitted its old generation batteries to its 408s… The snowball effect means that fuel economy is not as low as expected with an average of 6.2l/100 km. It’s a shame.

After these technical surprises, the car fortunately shows a slightly better face on the road. The damping is good, even if the 20-inch wheels can be a bit harsh on rough roads. Unlike the venerable 508, the 408 does not have adaptive suspension to improve things. And if wind noise is well muffled thanks to the laminated glass, road noise can often be heard in the passenger compartment. In the winter conditions of our test, the 1.6 litre engine also makes a jolt that is far from pleasant to the ears. To silence it, you just have to slow down. You’ll then notice a rather inconsistent brake pedal typical of hybrid and electric models. On the transmission side, the EAT8 gearbox is smooth but can occasionally generate some jerks. In Sport mode, it remains as caricatured as ever, remaining exaggeratedly high in the revs. There is no need to use it to take advantage of the 408’s chassis. Although it is balanced and safe with a light and pleasant steering, it does not encourage sporty driving because of the body roll.

Originality comes at a high price

As mentioned in the preamble, the 408 inaugurates a new segment that skilfully mixes the sedan, the coupe and the SUV. This boldness comes at a price, however, as the French car starts at €37,350 with the PureTech 130 and the Allure trim. Our HYBRID 225 model in GT trim with a few optional extras breaks through the budget with a price tag of €56,000. Despite its larger dimensions and confusing design, the Citroën C5X HYBRID 225 Shine Pack (225 PS, €55,200) is a good competitor with much better comfort and a better price/equipment ratio. The Volkswagen Arteon eHybrid R-Line (218 PS, €58,290) is even more livable but is less original than the Peugeot. The excellent Škoda Superb iV Sportline (218 PS, €54,210) is an even more discreet and rational host for those looking for space. If these three cars are more pragmatic than the 408, they certainly don’t have its aura that manages to turn heads at every street corner. 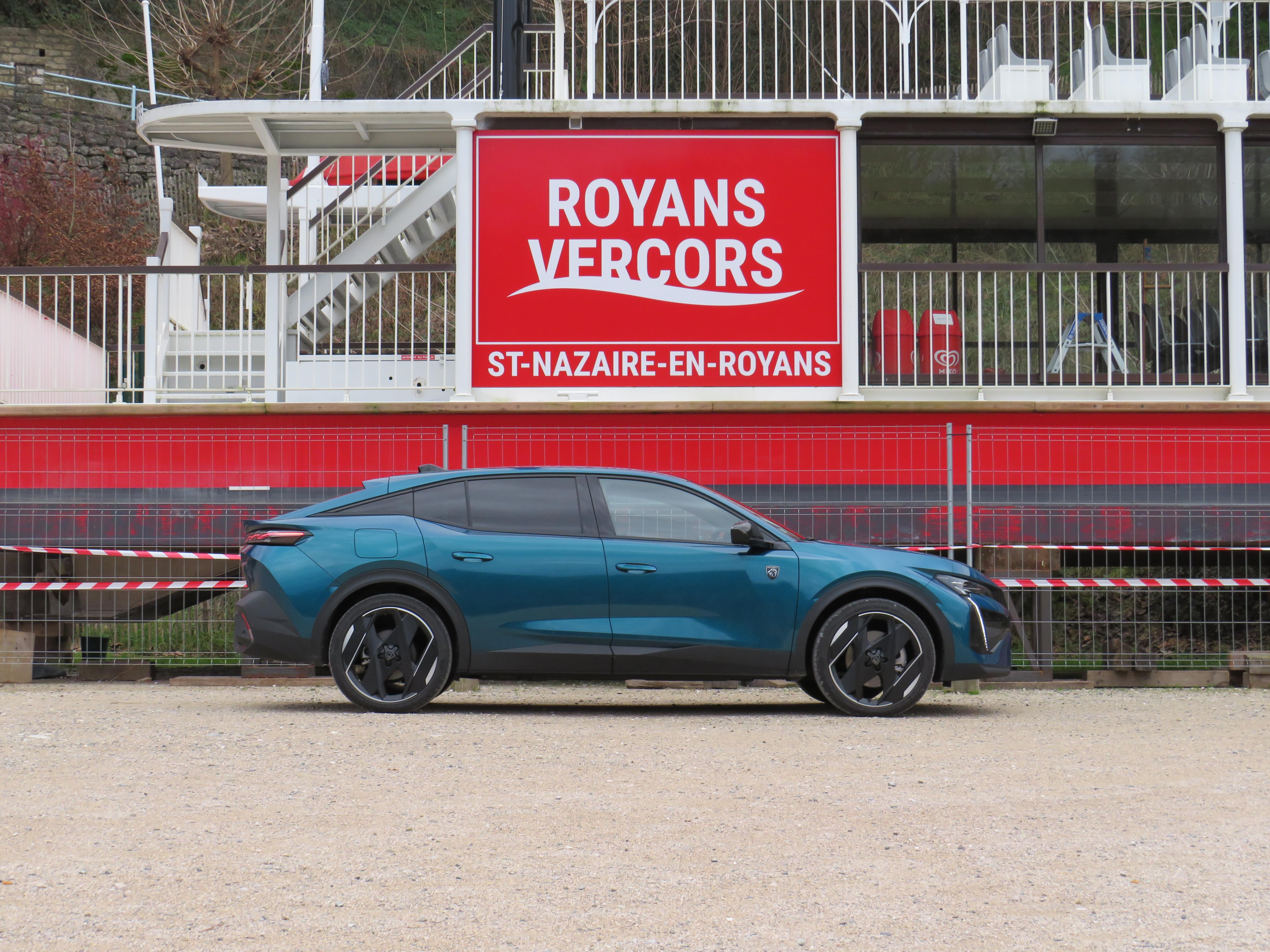