Although the attendance was on the shorter side, India’s largest automotive exhibition saw an array of car launches.

The Auto Expo is usually a biennial affair. But due to the pandemic, the 2022 edition was cancelled, leaving a big question mark on its future. Thankfully, things remained under control and the Auto Expo 2023, which is still live until January 18, opened its gates to automotive enthusiasts from India and beyond.

Not all carmakers are present at the Auto Expo 2023. Several big players, especially from Europe, decided to skip this edition of India’s largest automotive exhibition. However, those brands who are present have tried to ensure that the visitors aren’t disappointed.

Here’s a list of model launches and unveils that stood out:

Morris Garages India showcased and launched the new Hector range. As before, the SUV is available with five, six or seven seats, with the latter two roping in the ‘Plus’ tag in the process. Updates include a refreshed exterior and new gizmos, including 11 ADAS features. Prices start at INR 14.73 lakh and go up to INR 22.43 lakh.

The MG4 is an electric vehicle (EV) that first broke cover in July last year. It’s one of the models that the SAIC-owned British brand is evaluating for the Indian market. In international markets, the MG4 hatchback is available with two battery packs, both connected to a rear-mounted electric motor. The power output and the range vary between 170-203hp and 350-452km (WLTP), respectively.

Another model that’s being considered for India is the MG eHS SUV. Unlike the MG4, this one is a plug-in hybrid. It is powered by the combination of a 1.5-litre petrol engine and an electric motor. The total system output is 258hp. Being a strong hybrid, the eHS can travel on electric power alone but only for 52km. 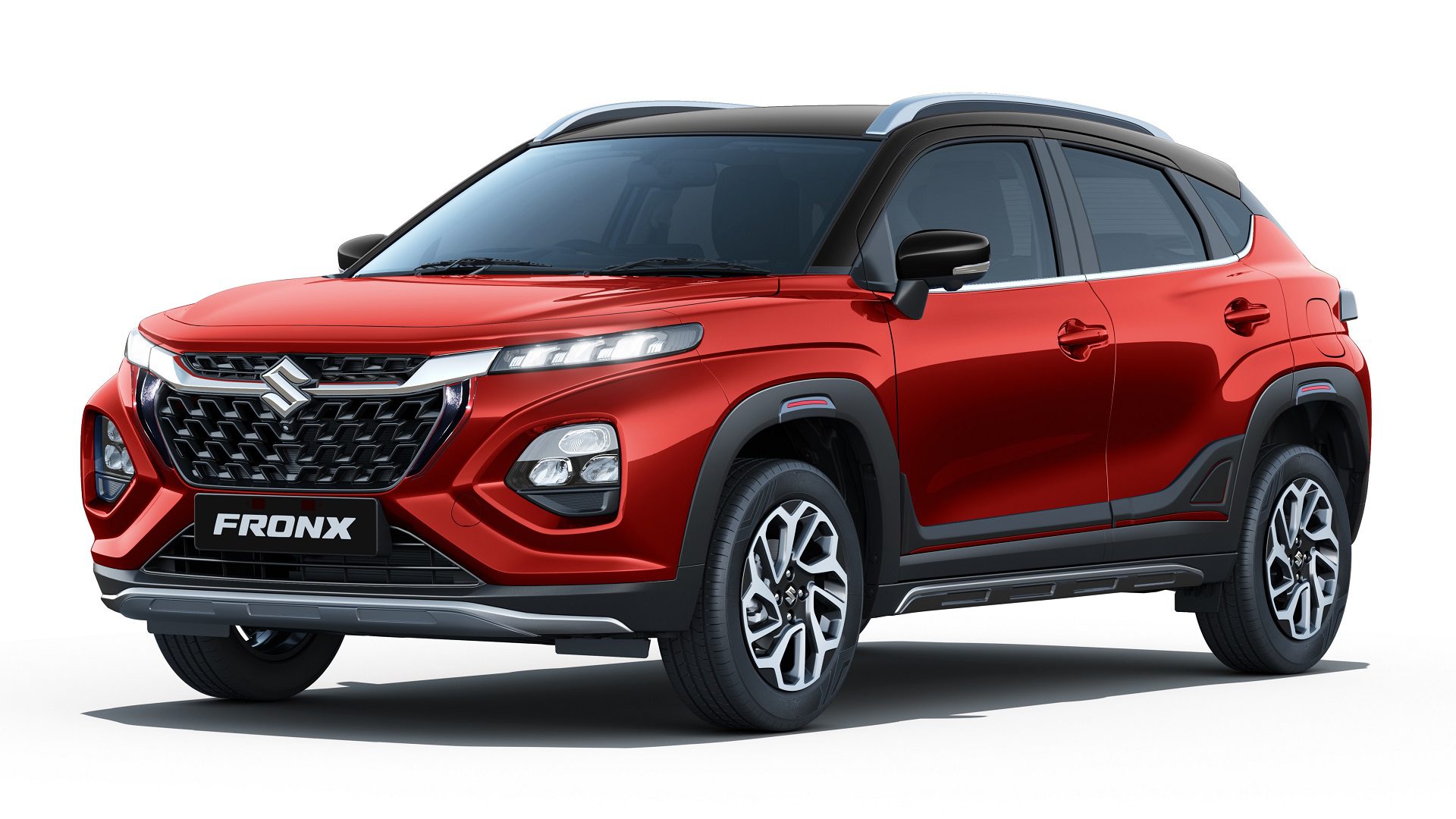 One of the two new models unveiled by India’s largest carmaker was the Fronx. It showcases Maruti Suzuki’s first attempt to create a coupe-shaped SUV. In terms of design, it looks a lot like the Grand Vitara but in a sub-4 metre package. The Fronx will be available with two petrol engine options – a 1.2-litre and a turbocharged 1.0-litre. Both mills come coupled with a 5-speed manual transmission by default. However, those who want an automatic can get the larger motor with a 5-speed AMT and the smaller one with a 6-speed torque converter. Maruti Suzuki is accepting bookings for the Fronx, which will be sold via the Nexa range of dealerships. 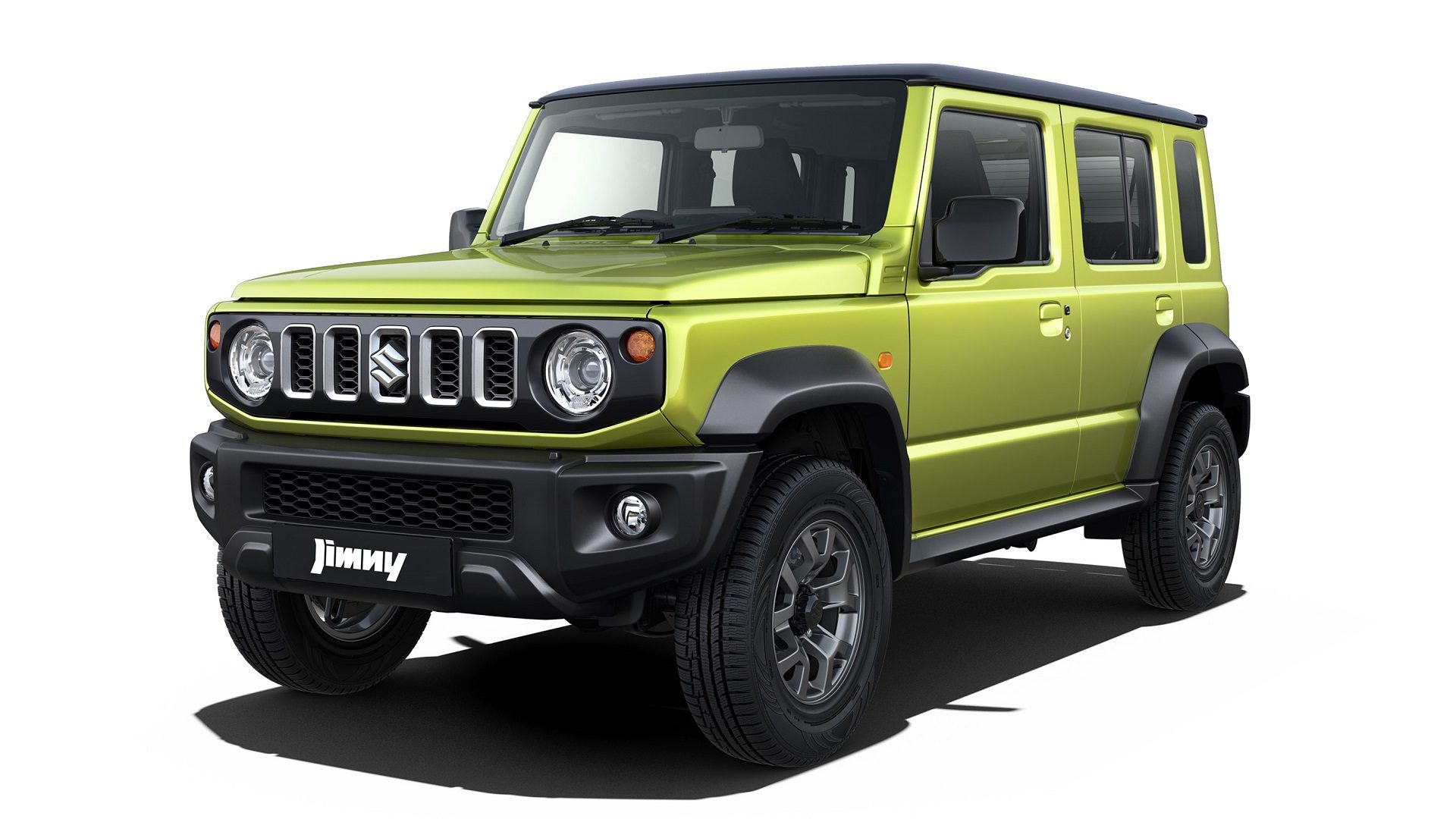 Perhaps the most eagerly-awaited model. Unlike the one on sale internationally, the India-spec Jimny has a five-door configuration. It was updated specifically for the Indian market, which is the most important for Suzuki. The Jimny will be available with a 1.5-litre petrol engine that offers 105hp and comes with either a 5-speed manual or a 4-speed automatic transmission. Crucially, though, a proper low-range gearbox is also part of the package. Like the Fronx, bookings for the Jimny are open and will be sold via Maruti Suzuki’s Nexa dealerships. 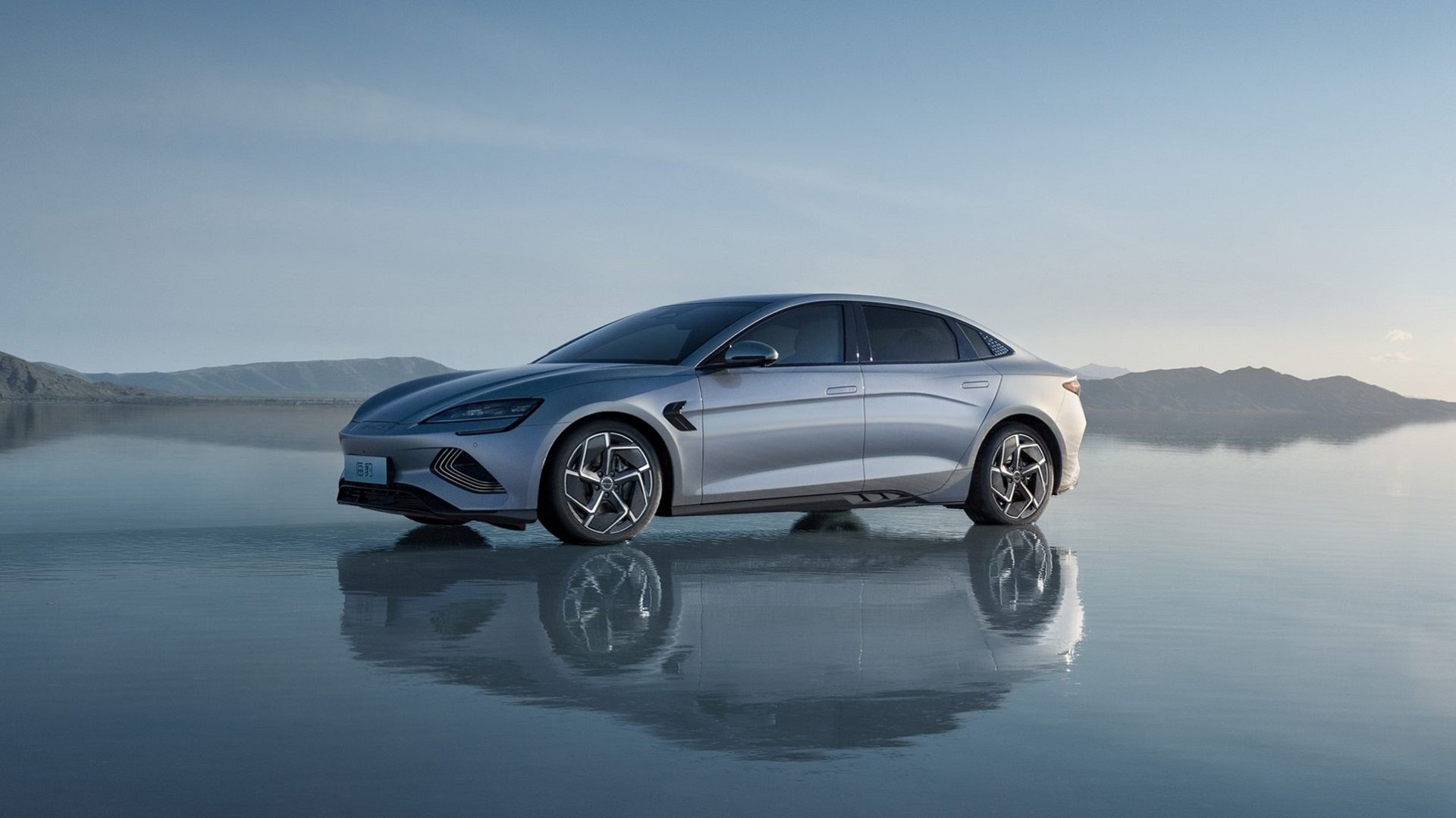 For the South Korean carmaker, the star of the show was the Ioniq 5. Launched at an introductory price of INR 44.95 lakh, the model is Hyundai’s first pure-electric offering in India. The Ioniq 5 is powered by a single electric motor that produces 217hp. It gets the juices from a 72.6kWh battery, which is efficient enough to deliver a range of up to 631km (ARAI-certified). When plugged into a recommended fast charger, the Ioniq 5 can charge from 10 to 80 per cent in 18 minutes. 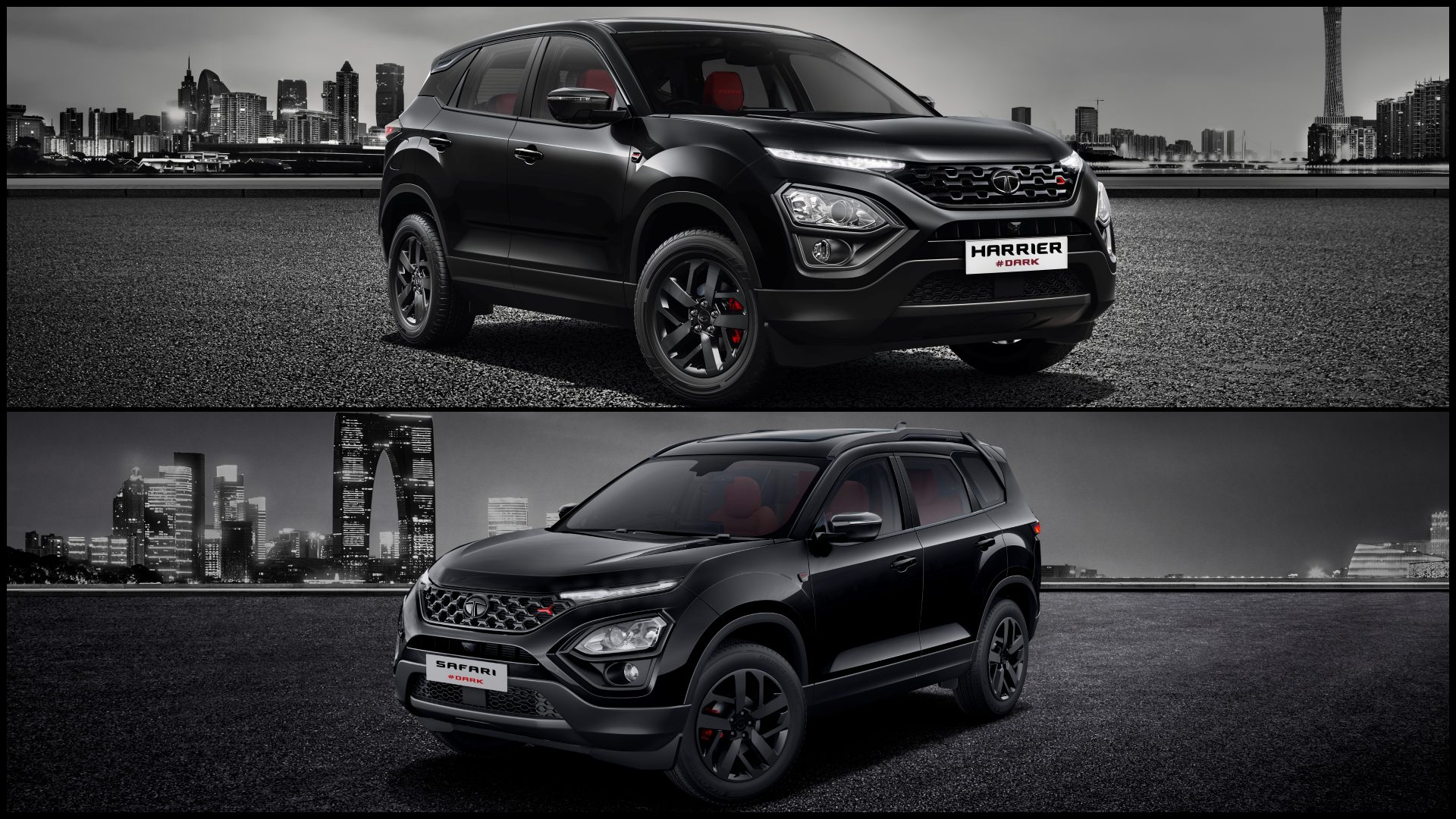 Based on the same platform as the Ioniq 5, the Ioniq 6 is a pure-electric sedan. In international markets, it is available with two battery options, with a maximum range of up to 614km. For propulsion, the Ioniq 6 comes with one or two electric motors. The most powerful of the lot has 228hp on tap. Whether or not it is being evaluated for the Indian market is presently unclear. 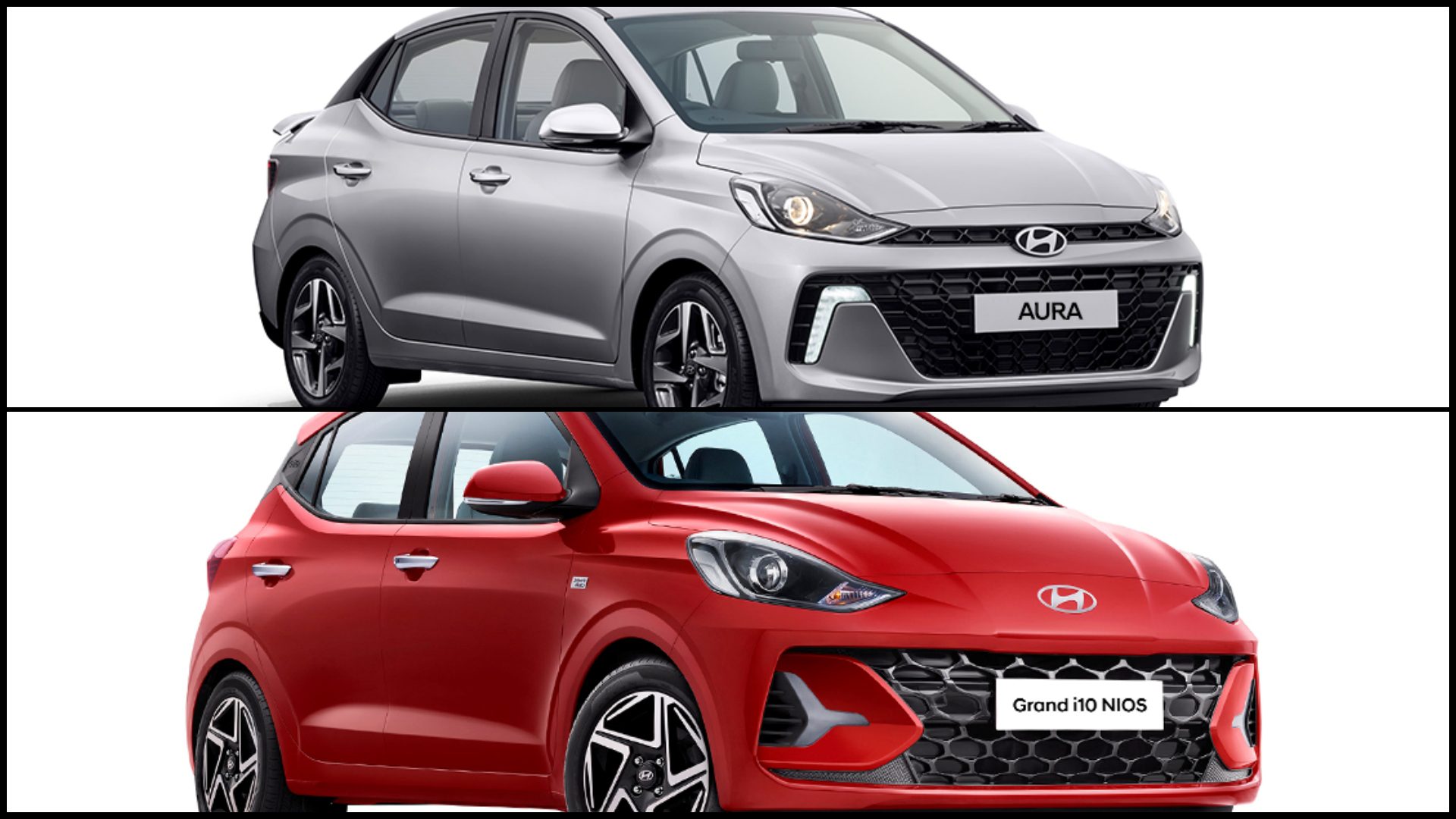 Refreshed Aura and Grand i10 Nios

Although they weren’t on display, Hyundai India took the opportunity to make a soft unveiling of the Aura and Grand i10 Nios facelifts. Both models receive cosmetic changes inside-out and are available with a 1.2-litre petrol engine. Yes, they do have CNG variants as well. While prices will surface on January 20, 2023, one could book either of them right away. 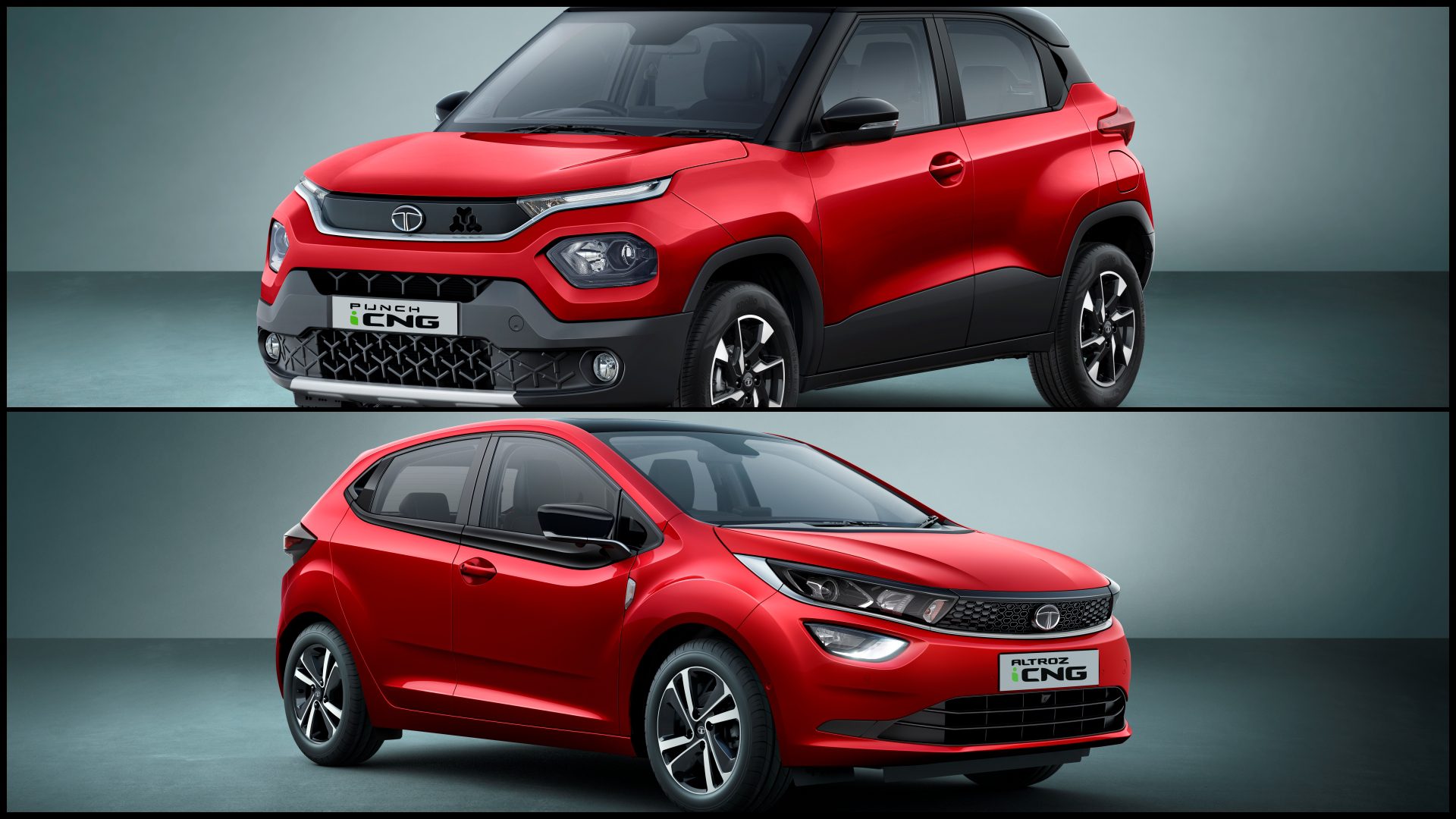 The Indian auto major unveiled CNG versions of the Punch and Altroz. Both get the same powertrain – a 1.2-litre, three-cylinder petrol engine mated to a 5-speed manual transmission. When fed with petrol, the motor offers 86hp/113Nm. Shifting to CNG as the preferred fuel brings down the 77hp/97Nm. Another standout feature is a two-cylinder setup, adding up to a 60-litre capacity for CNG. As far as their prices are concerned, they will be announced later this year. 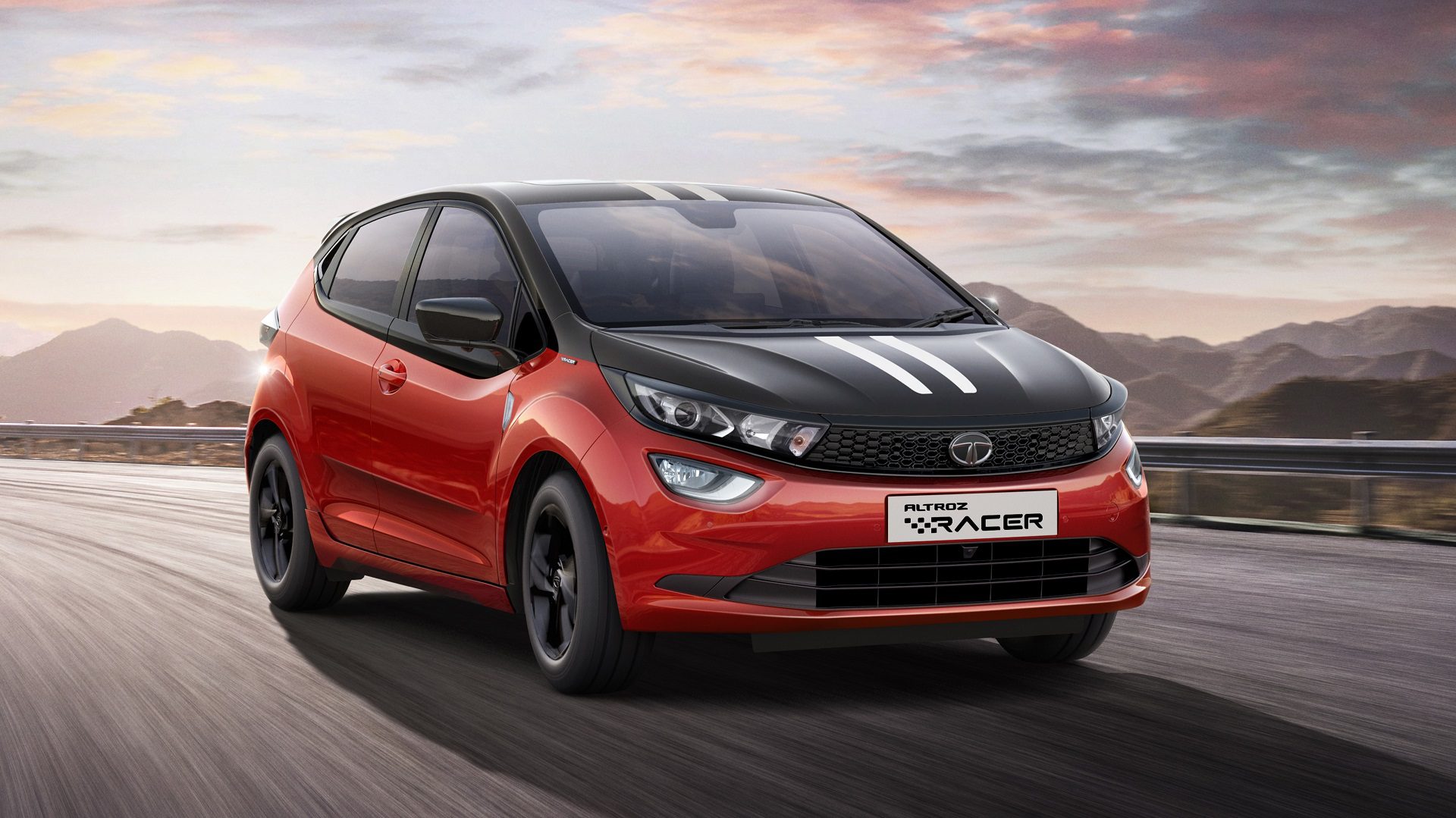 Another variant of the Tata Altroz that grabbed the attention was the Racer. It borrows the more powerful 1.2-litre turbocharged petrol engine from the Nexon. That motor offers 120hp/170Nm and comes coupled with a 6-speed manual transmission. In comparison to the iTurbo derivative, which has the same basic engine and a 5-speed manual gearbox, the Racer produces 10hp/30Nm more. Apart from that, Tata Motors has also equipped the Altroz Racer with additional features and bespoke styling cues. The company hasn’t confirmed when it plans to launch the Altroz Racer in India.

Tata Motors unveiled new special edition versions of the Harrier and Safari SUVs. Dubbed Red Dark Edition, the trickery not only applies to the cosmetic enhancements inside-out but also boosts the list of features. The latter includes a 10.25-inch touchscreen infotainment system, a fully-digital instrument cluster, a 360-degree camera and ADAS. That last one encompasses gizmos such as Autonomous Emergency Braking, Lane Assist and Traffic Sign Recognition. Tata will launch the Red Dark Editions of the Harrier and Safari this year. 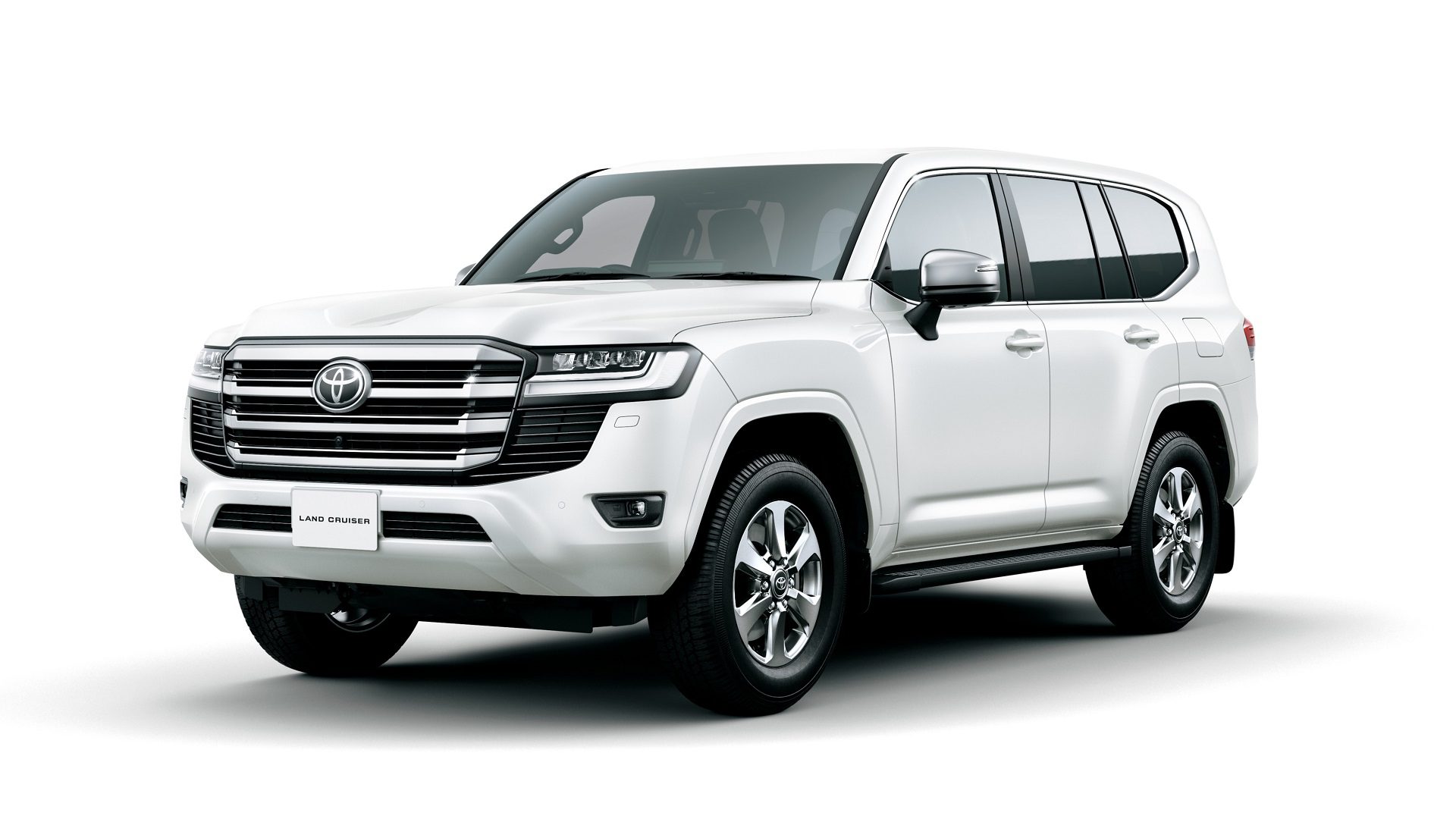 Amongst an array of vehicles, the product that drew the maximum eyeballs was the all-new Land Cruiser 300. The butch yet luxurious SUV is powered by a turbocharged 3.3-litre V6 diesel engine that offers over 300hp and a mammoth 700Nm of torque. The transmission duties are handled by a 10-speed automatic, which feeds the oomph to all four wheels. And because the SUV lands in India as a CBU, its ex-showroom price of INR 2.17 crore is eye-watering, to say the least. 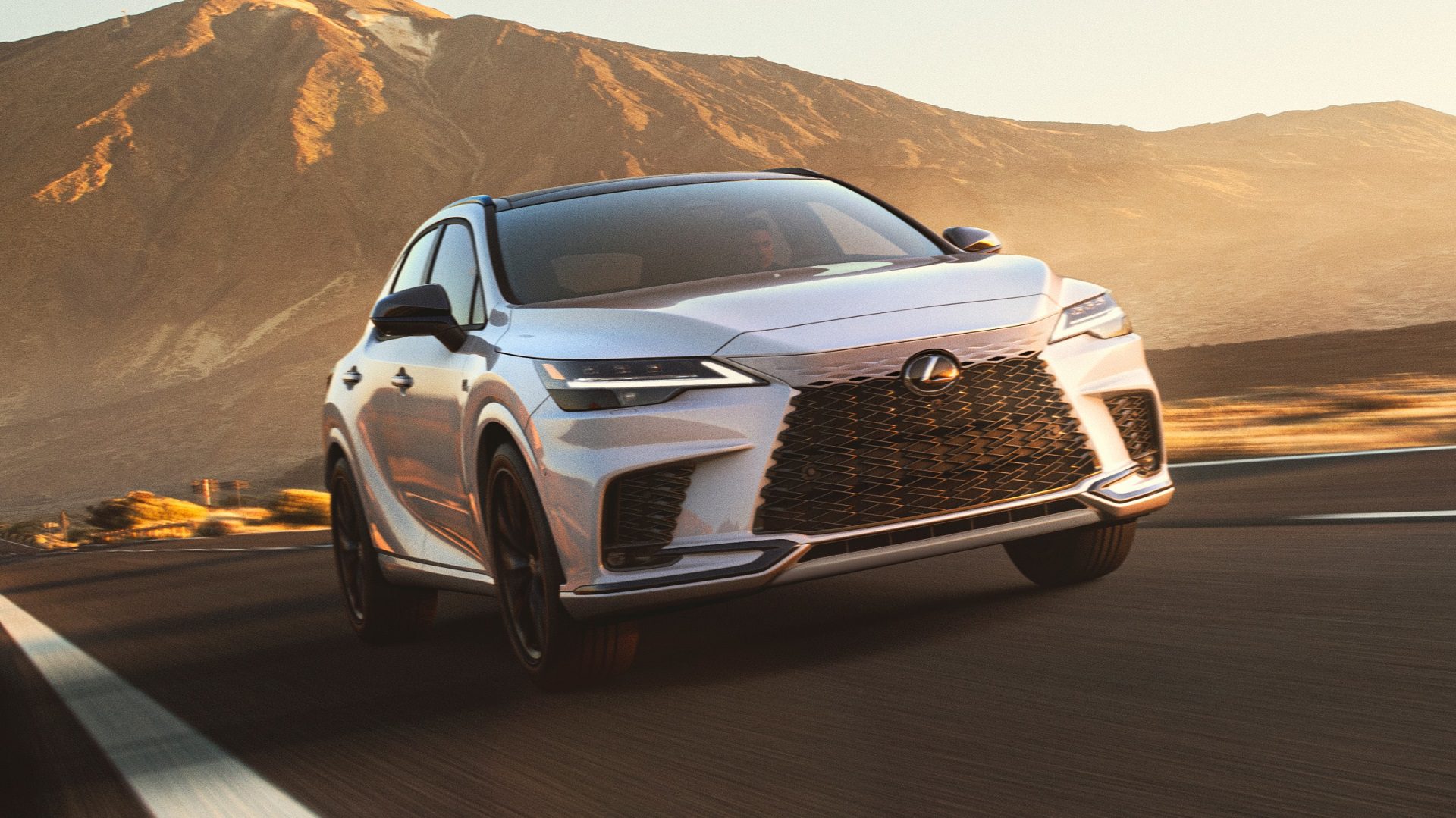 Lexus unveiled the all-new RX SUV for the Indian market. It is available in two hybrid variants – 350h Luxury and 500h F-Sport. While the former has an electric motor and a 2.5-litre petrol engine to offer 247hp, the latter makes use of a turbocharged 2.4-litre petrol mill along with an electric motor to produce 366hp. Bookings for the Lexus RX are open but prices are still under wraps. Expect them to be announced within H1 of 2023. 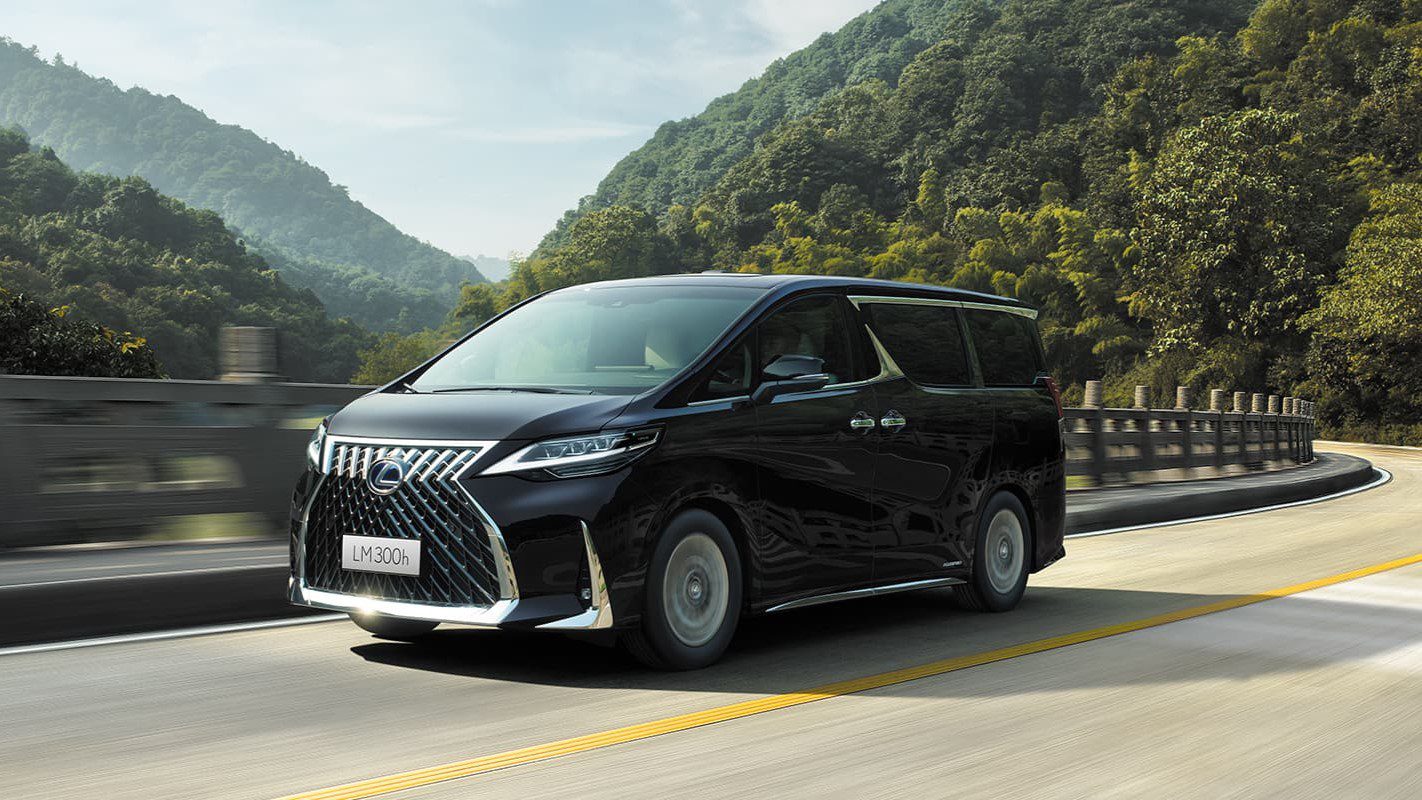 A product that has been cleared for India by the Japanese brand is the Lexus LM 300h. It is essentially a Toyota Vellfire but packs an even more luxurious package, especially on the inside. Power comes from the combination of a 2.5-litre petrol engine and an electric motor, jointly outputting 218hp. Expect Lexus to launch this MPV before 2023 comes to a close.

The Chinese brand unveiled the Seal sedan at the Auto Expo 2023. The EV will become the third offering from BYD to serve the personal vehicle space in India. There are two battery sizes available, which offer a range between 550km and 700km (CLTC). And where the smaller battery can take feeds of up to 110kW, the larger one is good for up to 150kW. In India, the Seal will be available in a dual-motor setup, which has 530hp on tap. BYD is likely to open bookings and launch the sedan somewhere around September-October this year. 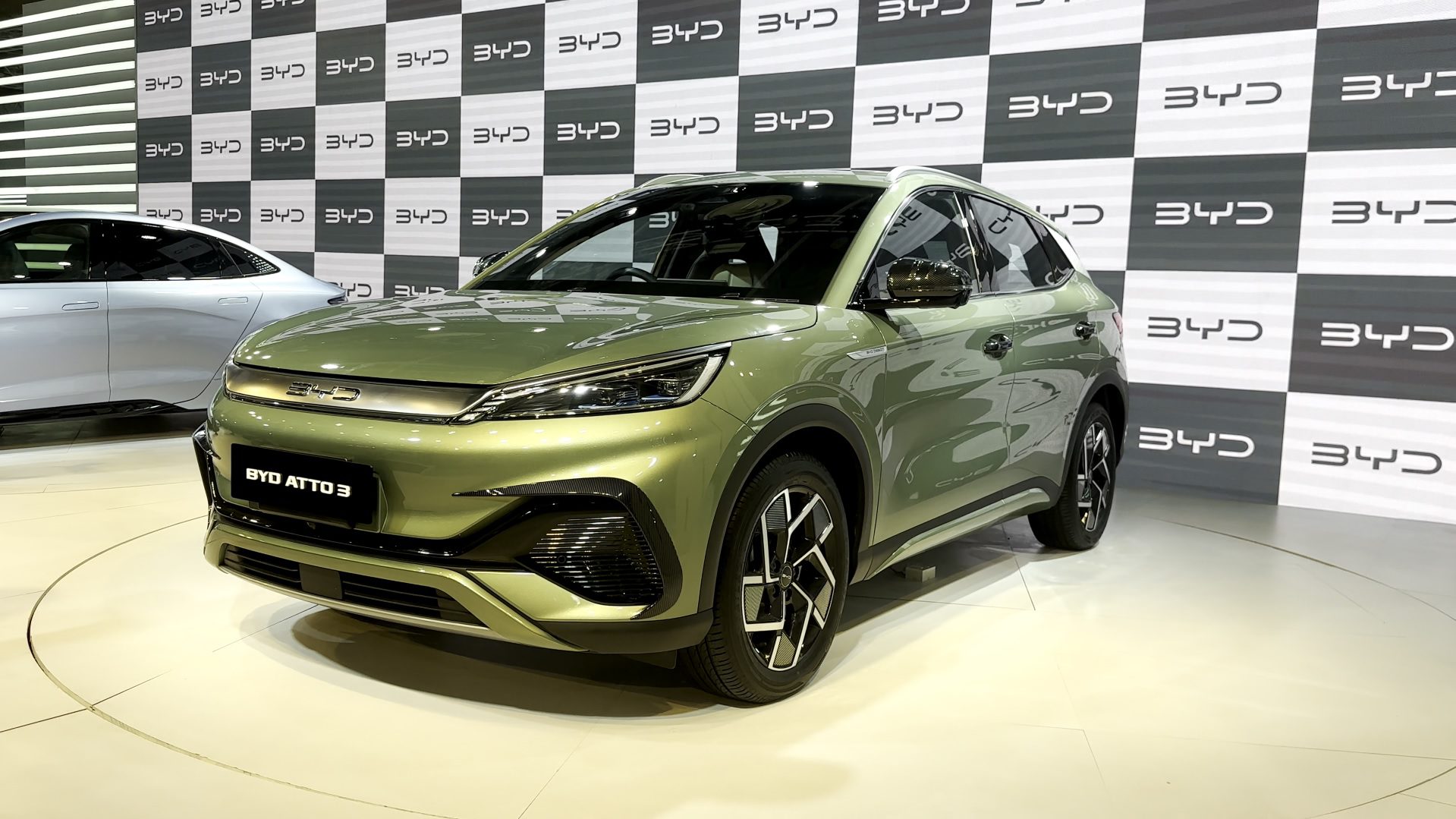 The Atto 3 EV has been on sale in India for a few months. However, to spice things up a bit, BYD launched a limited edition of the car in question at the Auto Expo 2023. The new one comes with an exclusive green paint, wearing a price tag of INR 34.49 lakh (INR 50,000 more than the standard version). Just 1,200 units are up for grabs. 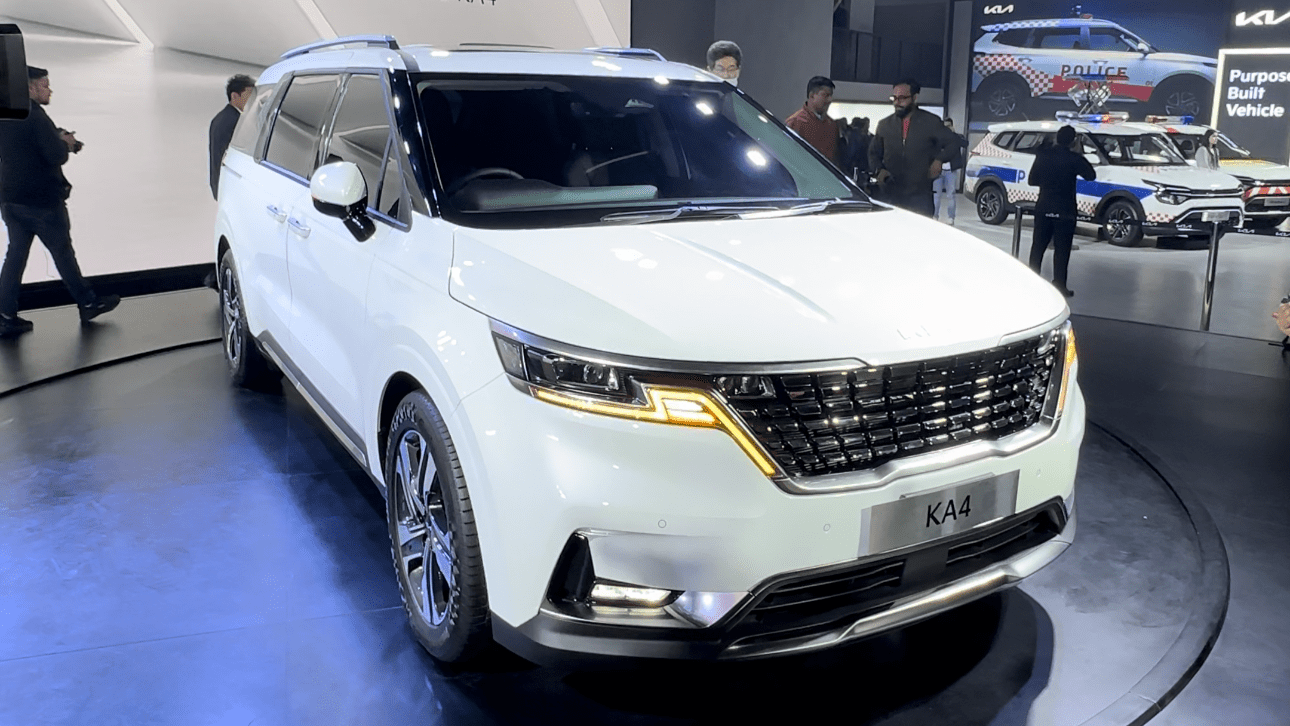 What many thought would be called the all-new Carnival for India was actually unveiled as the Kia KA4. The MPV first broke cover two years ago, making it almost ready for a mid-life makeover. That said, Kia India is still evaluating whether or not the KA4 should be launched. If it arrives, it is likely to be a diesel affair as the Carnival, which is currently on sale in India.