French writer Baudelaire said in Les Fleurs du mal that “Earth is a cake full of sweetness”. The Citroën C5 Aircross is undeniably the whipped cream on this precious cake. Smooth to live with and to drive, it also brings a touch of freshness and lightness to an overcrowded category. For the mid-career facelift, the chevrons have clearly made their choice: while the recipe remains the same, the ingredients have been revised. A matter of taste, then. And what about you, are you more of a croissant or a pain au chocolat?

You certainly know that chubby friend who knows how to make himself useful in all circumstances. I do, and on the automotive planet, that friend is without question the C5 Aircross: chunky and reassuring, you enjoy spending time in its company. In this sense, the front end is far from aggressive and makes you feel confident. The bumper swells timidly while the Y-shaped headlights have nothing of a hard look. Next to that, the grille features vertical chrome bars set against a black lacquered panel. Original but complicated to clean, believe me! As for the rear, I’ll cut it short: the taillights are bigger and have a new pattern. Blue accents also appear here and there. Fancy? No, they’re exclusive to the plug-in hybrid version and signal the electric (not eclectic) side of the vehicle. What does blue have to do with electricity, you might ask? Well, I have no idea, and I’ll certainly never know. What I do know is that the automotive world is a territory that invites you to reconsider everything you’ve learned, and maybe that’s why I feel good about it…

“The C5 Aircross is one of the last compact SUVs to retain three individual rear seats. A rarity to be preserved as a matter of urgency!”

On board, however, I will not be the only one to feel at ease. The C5 Aircross is not only a hybrid because of its engine, but also because of its design: it offers the services of an MPV under the attractive dress of an SUV. The result is convincing: you sit high and enjoy a good amount of space. The leather and Alcantara seats are also comfortable. In short, you want to hit the road! For the kids, there are few problems in the back where legroom is good and the panoramic roof provides plenty of light. No, nothing to worry about. Also, under my buttocks, I notice a treasure: individual sliding, reclining and folding seats! This provides a delightful flexibility that the competition is now making a mockery of. The good news is that the boot is also one of the largest in the segment, although it is slightly reduced by the batteries housed under the floor.

And the rest of it? It’s not bad. The materials used are correct but not crazy and the assemblies are serious. Let’s just say that the game of “the first one to find hard plastics wins” is likely to be short-lived. As for connectivity, I’m also disappointed. The 10-inch touchscreen is a bit old, and its graphics and responsiveness are doubly bad. Its functions are also limited. And the most comical part of the story is that the Chinese version of the vehicle, called Tianyi Beyond, does indeed get the latest generation of infotainment! Curious. Logically, the instrument cluster isn’t exactly state of the art either. And as for the lighting, the fog lights and rear indicators are not LEDs. Anachronistic! In any case, the C5 Aircross sees this as a joke. On the question of the family, the Citroën keeps the upper hand while the others are decidedly stubborn in their attempt to be premium.

I want some tenderness!

It must be said that the roads of the Vercors high plateau are magnificent, especially at sunset. The rays frequently merge with the surrounding greenery, which is itself lulled by the rhythm of a light breeze, creating an exquisite cocktail for my eyes. The mountain road is also a remarkable sight and the electric mode contributes to this magical atmosphere. You start to drive slowly to optimise your range. It’s a good thing the traffic is non-existent at the end of the day. A fairy tale, really? Wait a minute! I would like to come back to a little disappointment that occurred while crossing some charming villages: the damping is not as soft as they would have us believe. So yes, it’s obviously excellent in the segment and the smoothness is obvious. However, at low speeds, the more prominent bumps manage to make their way into the cabin. Fussy? Yes, I’m sure I am. Fragile? Possibly, although I’m more reserved about that…

“Storm warning! On the road, the C5 Aircross is sailing in unknown territory and you can feel it”

When I left the heights, I assumed that everything would be fine. I was right: in fast driving, the C5 Aircross makes short work of the bumps and brilliantly limits the effects of pumping. It’s simple, you can’t find better in the segment! On the other hand, as soon as the route starts to wind, things start to go wrong. The SUV rolls, and not just a little! At the front, you hold on to the bar as best you can. At the back, it’s complete pandemonium. The few objects left on the seats invent their own journey and bang from one door to another. Also, the over-assisted steering disturbs the feedback and the front end proves to be lazy at the task. It’s a pity because we feel the chassis is capable of better, especially on the talented Peugeot 3008. The damping is far too soft here and does not help when cornering. For everyone’s sake, I thought it would be wiser to trim this chapter.

Nothing can be done about it. After a week behind the wheel, it’s mainly the C5 Aircross’ weaknesses that stick in my mind. Indeed, it is not the most fun to drive, nor the most luxurious, nor the best equipped, nor even the sexiest of the lot. The list is long, but does it bode ill for the final verdict? No, because the car is consistent! The C5 Aircross prefers to play the family game and does not try to be something it is not, unlike many of its competitors. In addition to this, its price positioning is favorable since, at €51,300, our richly equipped Shine Pack model coupled with the 225 PS plug-in hybrid powertrain remains in the lower middle of the category. Yes, you’ve understood, I don’t like SUVs but this C5 Aircross shows a rare frankness and capitalizes on crucial points. And I like consistency. For that alone, it deserves recognition. 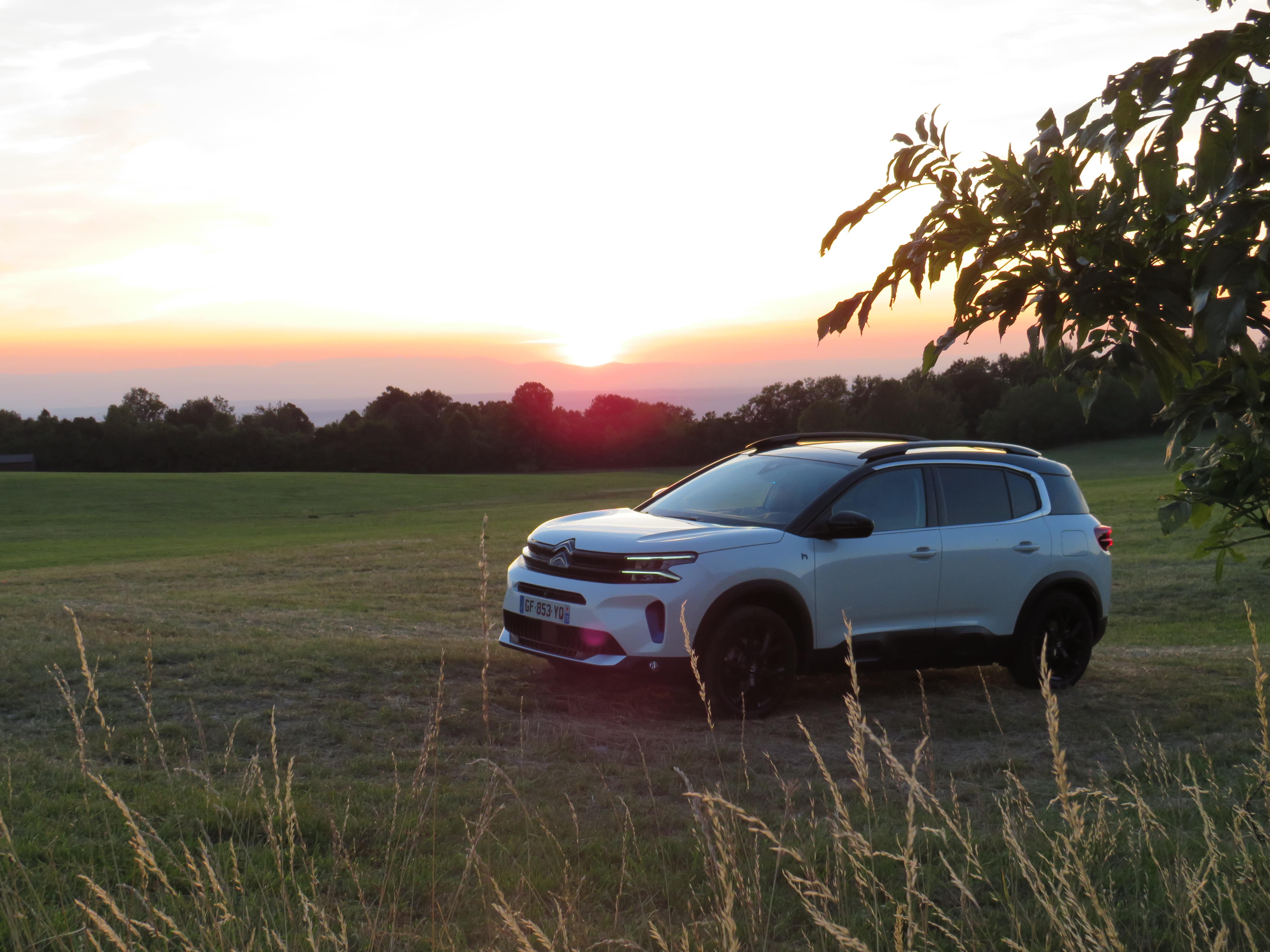 I would like to thank Citroën France for lending me the vehicle, otherwise this review would not have been possible.