If everyone wants a hardtop with a stick shift, what is the opposite of that like to drive?!

I happen to own the worst e46 M3 in existence. It’s been thrashed, two or three stimulant-addicted individuals cohabitated inside it, the roof folds down, and it’s an infamous SMG car. It’s terrible because of the treatment and how it was equipped from the factory. Even being a black-on-black car makes it common. Nothing about the car is unique other than being an M3. And that got me thinking when I drove this 2022 BMW M4 Competition Convertible: this car will be like my M3 in twenty years. 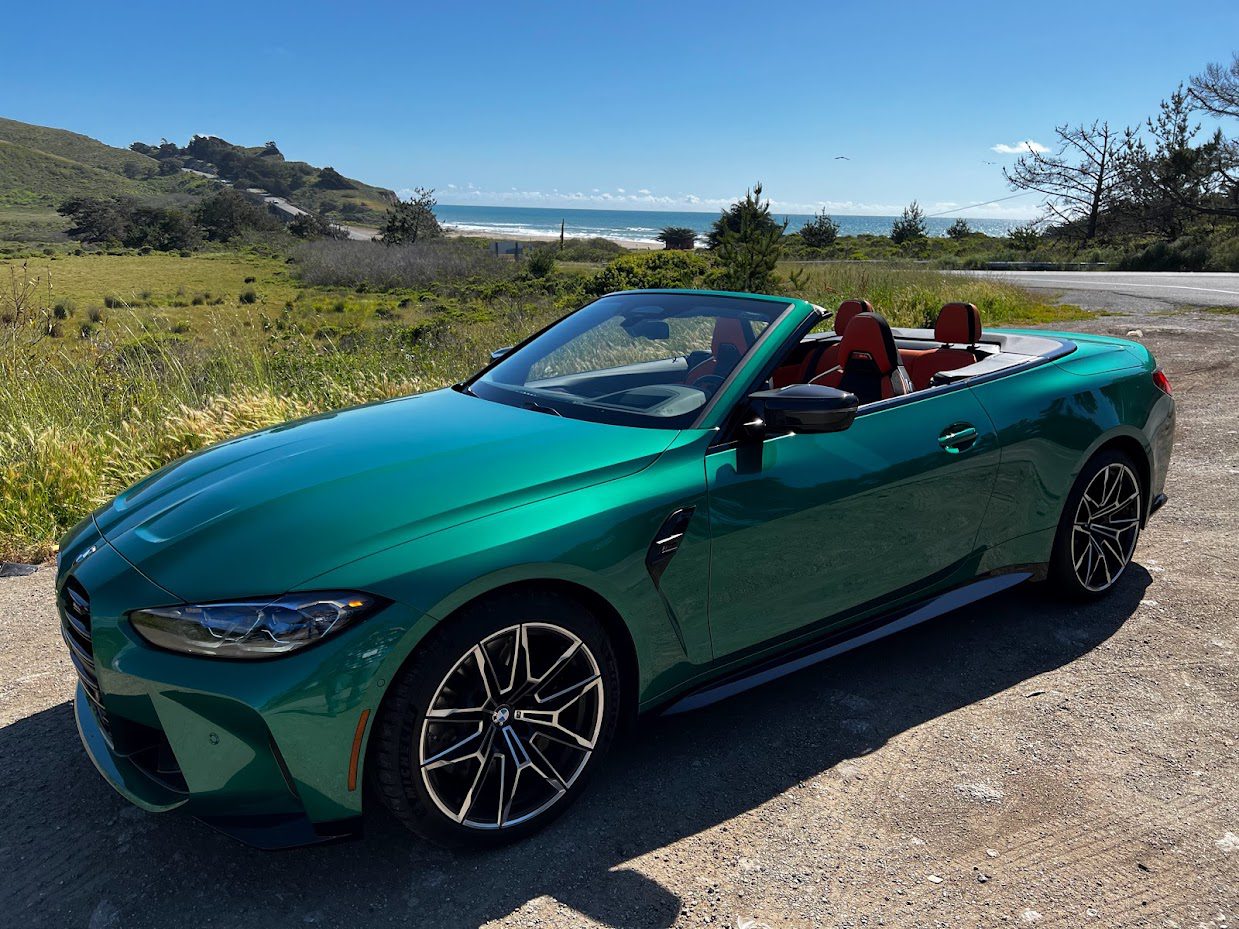 Think about it. This M4 has a folding roof, which no one (purists) wants. It doesn’t have a stick shift, which, again, no one (connoisseurs) wants. It does happen to be a Competition, which is always a desirable option, but then look at that interior. It’s greener than a Bob Marley concert on the outside and louder than Fran Drescher on the inside. I’m hoping this was intended to be a press car spec, otherwise whoever ordered it must have sent this car back to BMW after realizing they should have let their wife pick the color after all. 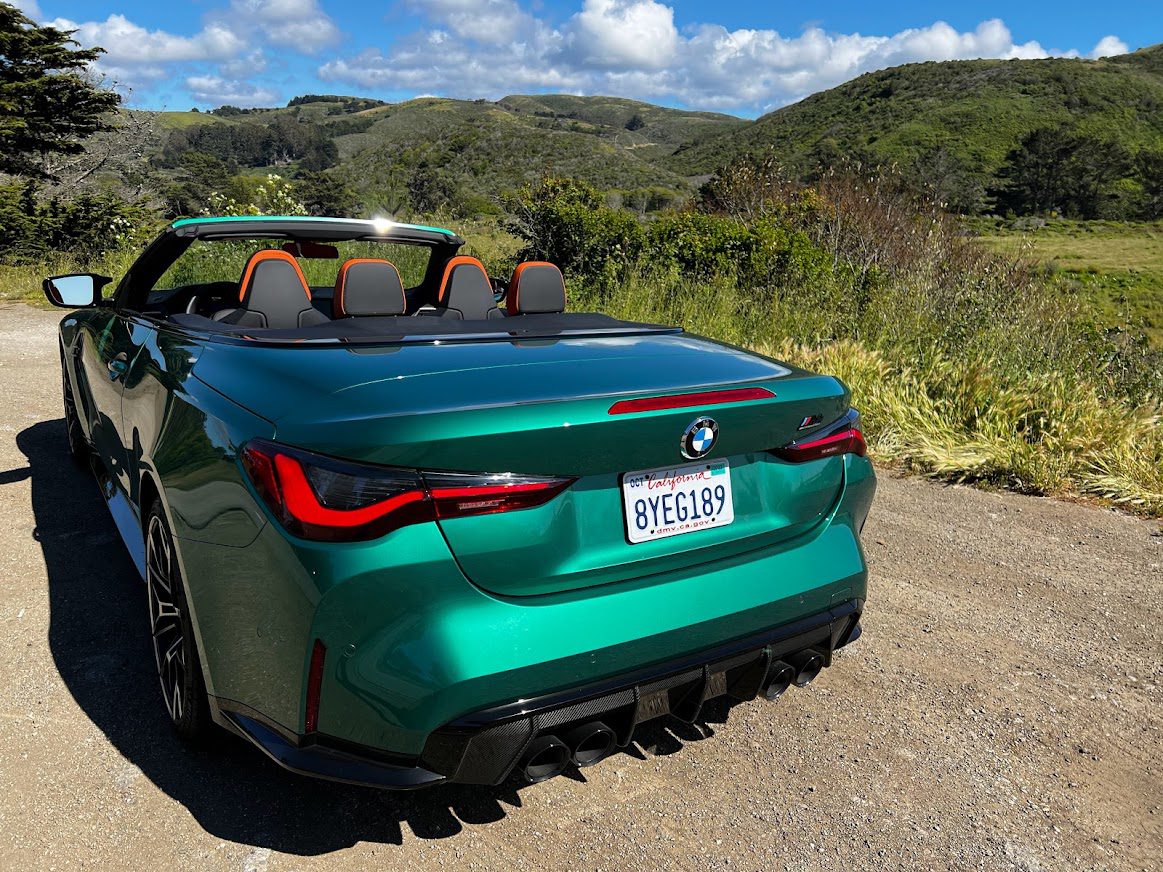 Isle of Man Green Metallic sounds cool but with that interior, it’s just showboating. The color options don’t get much better. Sao Paulo Yellow makes my eyes bleed. And Portimão Blue Metallic is the color your rich uncle will get after being talked out of the Frozen (matte) version of the same color because he is 70 and no flat-colored sports car will change that. 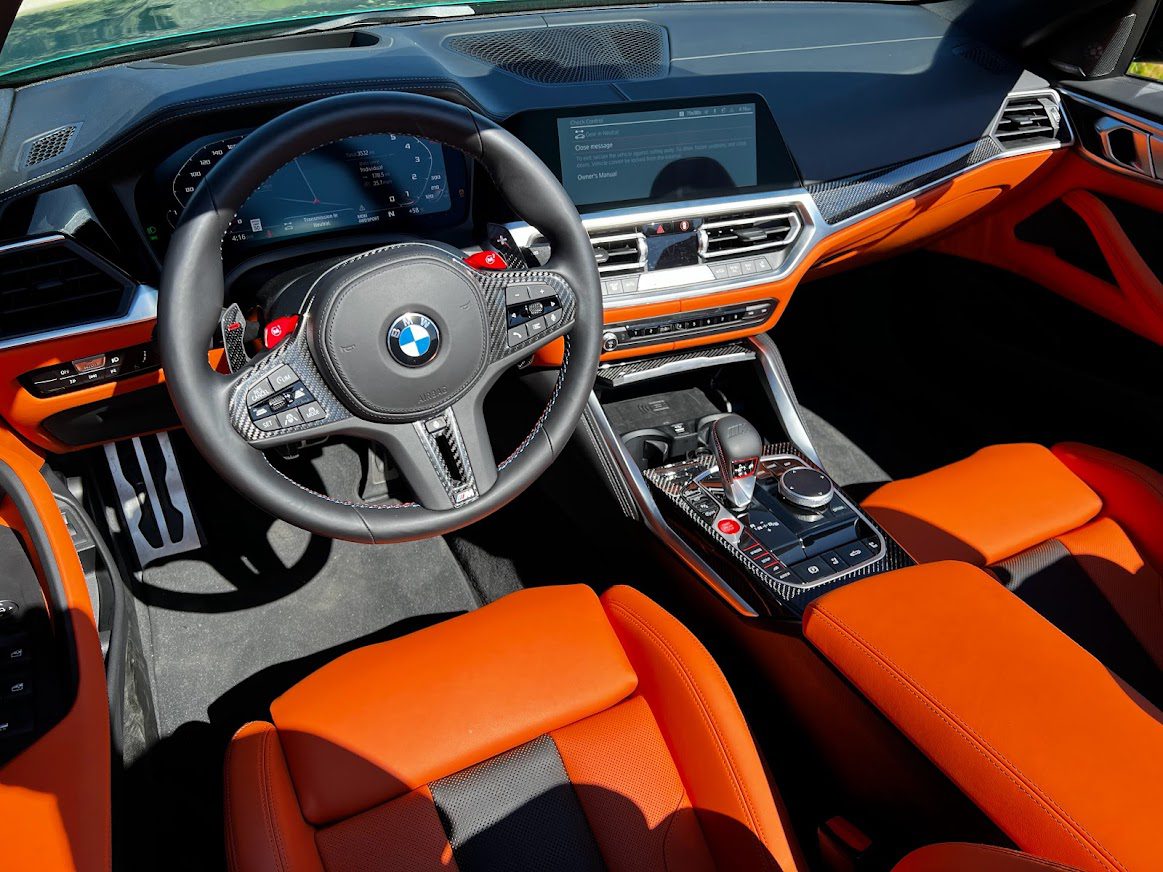 I won’t even bring up the nose on this car because dead horse. Other than a schnoz that can smell a gas station from five miles out, it is a pretty car. The wheels are big and wide with sharp facets. The fenders are blistered and the exhaust is moderately loud, especially when compared to everyone else—except those Hellcat-powered things.

Once my eyes adjusted to the brightness of the seats, I found myself in a typically high-quality BMW interior. Two customizable M buttons are easily found on the steering wheel in red. The shifter has leather. And all the buttons and interfaces are typical of those Germans. It’s a place where you’ll want to spend some time. Even the seats aren’t too tight, but I might be a bit biased because I did drive an MB GT53 earlier and was still urinating blood after those tight seats crushed my kidneys.

Of course, none of these matters because this is an M-car. Is it fast? You bet. Shifts are sharp and fast. The exhaust burbles and pops. This car wants to stretch its legs in every corner—or at least that’s what it told me. This car could have been spec’d in ‘Shrek’s Urine Yellow’ with a ‘Hearing Aid Brown’ leather interior and I wouldn’t care. You buy an M4 to go fast. And when spec’d as a hardtop with xDrive, this sucker will hit 0-60 in 2.8 seconds. 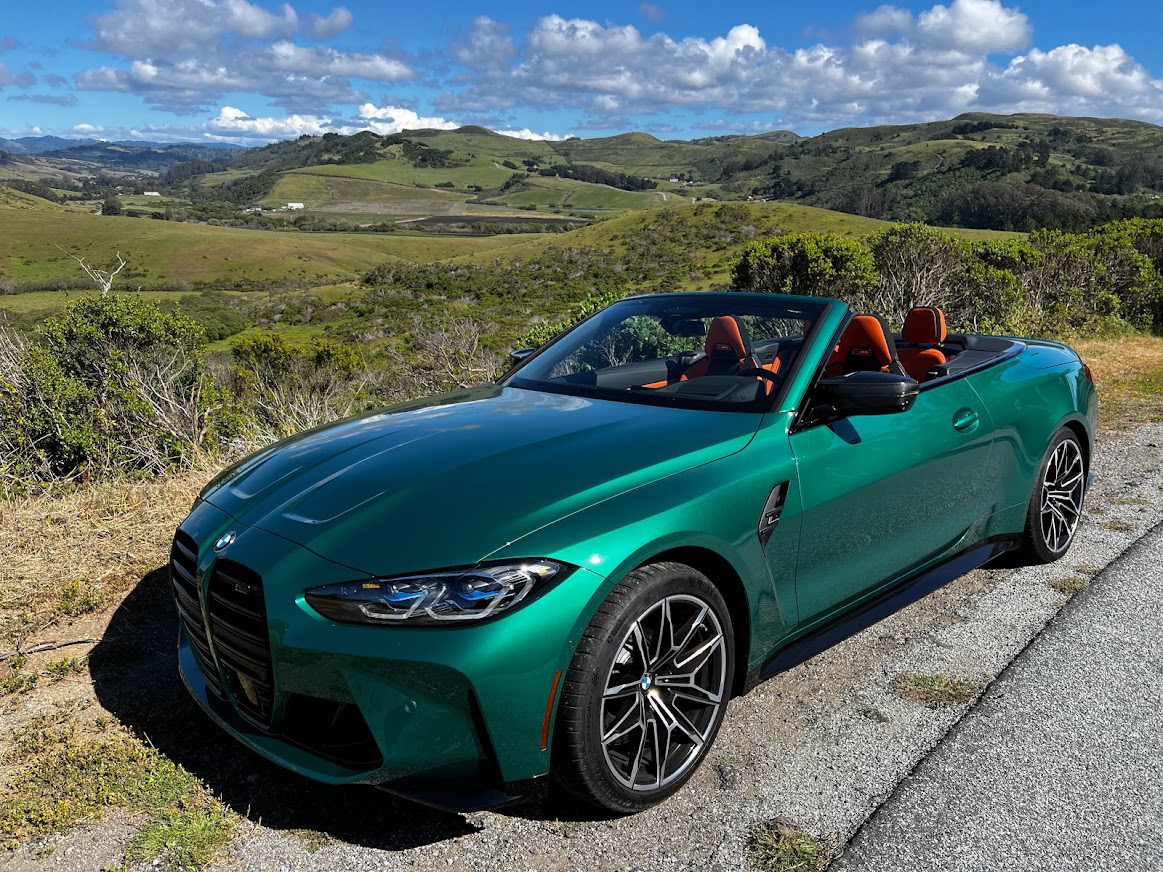 With a starting price of $89,700, you might need to be a bit blind to pay the price (stare at the orange interior a bit longer) but then, this is a lot of car. The xDrive costs a bit more as does the Competition package, both of which you’ll want. And just think, in twenty years or so, two or three tweakers might be living in one that YOU might be able to afford. It’s just going to be a convertible and SMG… 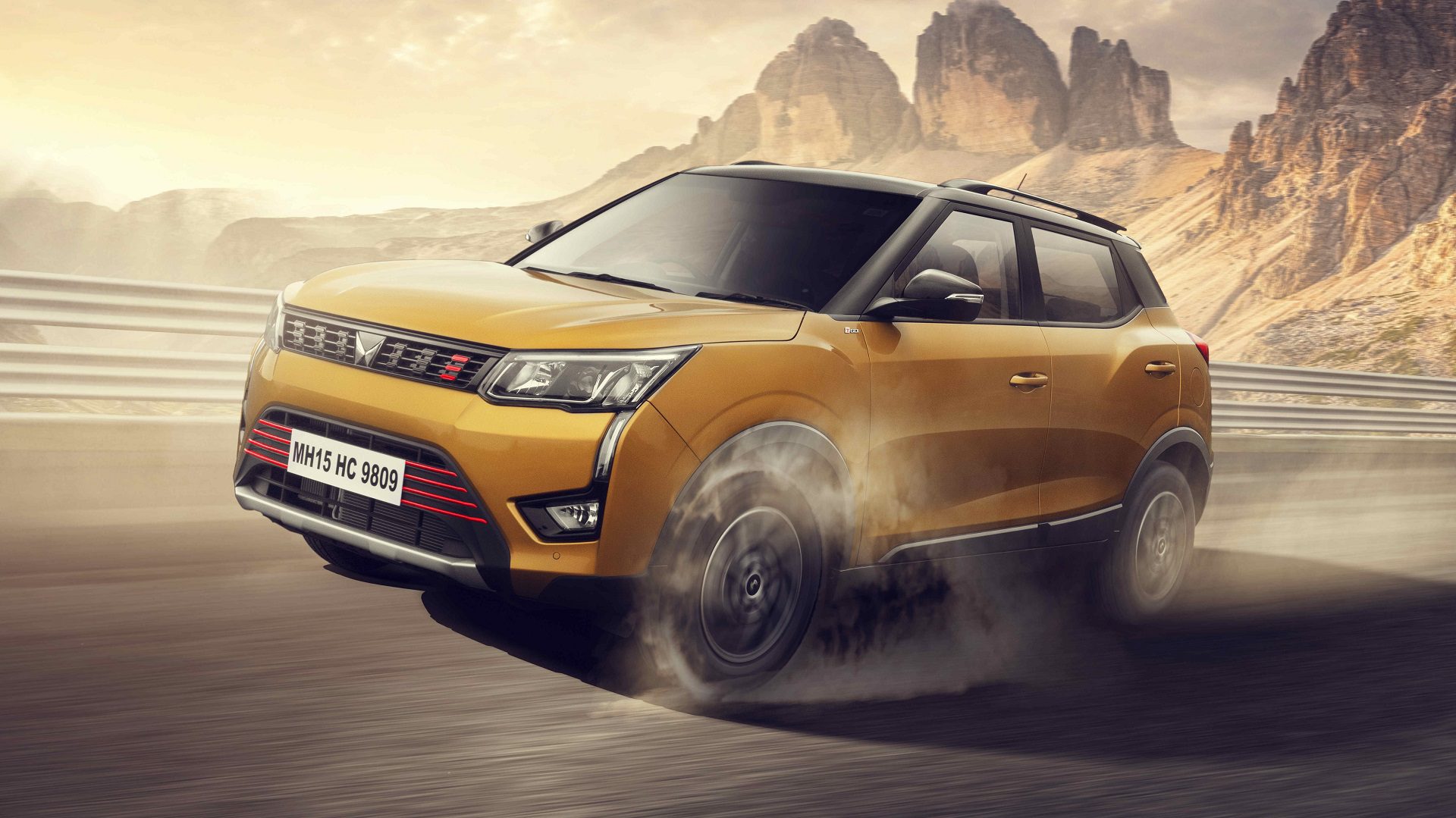