3 reasons why you’re wrong about the Abarth 500e

There’s a new Abarth on the block, but I’m not convinced

Abarth has just announced its brand-new hot EV and the reviews from car folk have been nothing but praise. This is the first performance EV that the brand has ever made and therefore it’s a big moment for them, but I’m not convinced this electric hot hatch is the one to go for.

Here are three reasons why you are probably wrong about the Abarth 500e:

It’s not the ‘perfect London car’

Despite what many people may say, this new electric hot hatch is far from being the perfect city runaround. Sure, it’s electric, small and probably fun to drive but if we can learn anything from Abarth it’s that the ride is not going to be the kindest.

The Abarth will most likely be set up for smooth stretches of tarmac and small circuits, not the rough and bumpy roads you’d find in a big city such as London.

Abarth even told us that this 500e is “faster and more exciting in both urban and suburban driving” than the 595. This is great but what good is that in and around a city where you drive at 20mph all day? It’s great it has improved weight distribution, a wider wheelbase and more torque but what use is that in London

I know the quote above may contradict this but I’m going to say it’s all marketing jazz. There’s no denying that this 150hp hot hatch is quicker than its petrol-powered ancestors because of its instant torque from the battery, but is it as fun to drive?

The 595 and 695 Abarth models are some of the most fun you can have on the road or on a small track. This is because of their hilarious soundtrack with lots of pops and bangs, slick gear changes and fun nature.

It would be very difficult for Abarth to recreate all of this in an electric car. I know it’s not fair to criticise a car I haven’t yet driven but I’ve heard its fake ‘strumming guitar’ exhaust note (yes, they’ve really called it that) and that’s enough of a turn off for me.

There it is, I’ve said it. I really think you’d be better off spending your hard-earned cash on a boggo Fiat 500e – a car I have actually driven. Not only is it a lot cheaper than the Abarth but it’s also just what you want for a city lifestyle – this is a city car after all. In its standard form it’s already really quick and fun to drive, so I don’t see why you need to take it a step further?

Prices have not yet been announced but rumours suggest it will have a starting price of £35,000 ($42,000) which is over £10,000 that of the standard 500e. And for that kind of money, you could buy a really tidy secondhand Porsche 911 and save the planet slightly by skipping out on the expensive and damaging production of a brand-new vehicle. Just a thought.

The reason I say this is because, at least to me, the 500e is meant to be a small city car and when you start beefing it up, giving it stiffer suspension and more power, you risk ruining it.

I am a big advocate for the 595 and sportier 695 but I think this is a step too far. Perhaps I could be swayed if I drove on a small race circuit, but I’m not sure my mind can be swayed on the city car front. 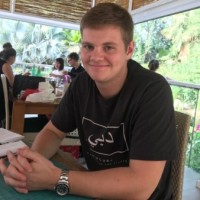